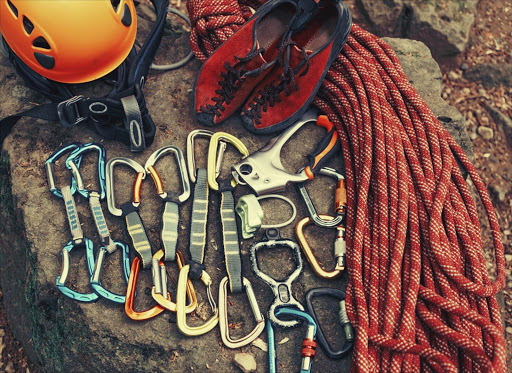 The mother of two from Johannesburg is attempting to become the first black African woman to reach the top of Mount Everest.

“She is on her way down to camp two. She went up until the South Summit and then she turned back …. The weather conditions are very bad at the moment‚ said close friend Sarieta Schultz‚ who is responsible for updating Khumalo’s social media accounts during her summit attempt.

Khumalo’s next assault on the summit will depend on the weather. “When they get to camp two they will regroup and see what the next step is‚” Schultz told TimesLIVE.

This is Khumalo’s third attempt and she’s hoping it could be lucky number three‚ after her Everest attempts were halted in 2014 as a result of an avalanche which killed 16 Sherpas‚ and her attempt in 2015 was abandoned following a massive earthquake in Nepal.

“She’s fitter than she’s ever been. Mentally and physically she’s very fit‚ so we believe she’ll be able to do it this year if the weather permits‚” said Schultz.

On the journey to the summit‚ climbers stop at base camp and then proceed upwards to camp four – just before the summit.

“She did a lot of running to prepare for this. She did gym work and went hiking. She even slept in an oxygen tent to prepare her‚” said Schultz.

Schultz said another aspect of Khumalo’s training for her third Everest attempt was cycling. She had a severe accident last year where she crashed‚ fell into a coma and had to be airlifted to safety.

Khumalo’s recovery was quick‚ and she was back in a gym weeks after her accident‚ with her eye firmly set on reaching the summit of Everest on her third attempt.

“My dream is to go higher and go further for as long as I breathe. To pave a way for my children and other ordinary people‚ so we may realise and accept that ordinary people like us can achieve extraordinary heights. To not think too much about the difficulties on the way but keep focused on the end goal and to take their hand‚ motivate them to realise that they too may dream the impossible dream‚” read a statement on her website.

On Tuesday‚ however‚ the Zambian-born mother of two’s Facebook page said she had to turn back her trek to summit the mountain.

Despite this drawback‚ she was still feeling “strong and determined” according to the post.

Khumalo’s experience as a mountaineer includes reaching Everest Base Camp 1 and 2‚ conquering Mount Kilimanjaro in Tanzania‚ Aconcagua Traverse in Argentina‚ and Mount Elbrus in Russia.

Her fundraising target is R1 million and as it stands she has managed to secure more than half of that amount so far.

Meanwhile‚ 37-year-old mother of two‚ Anshu Jamsenpa ‚ set a new record for the fastest double ascent by a woman after she reached the summit twice in seven days with the help of South African company Adventures Global.

This news came as three climbers were killed over the weekend according to the BBC.

Adventures Global’s Ronnie Muhl said it was “pretty amazing” that she managed to accomplish what she did.

Muhl said it was a busy climbing season compared to previous years‚ as climbers who had to abandon their climbs during the 2015 earthquake had their permits extended by two years and they were allowed to climb during this season.

“I know Saray quite well. She wasn’t part of our team… but she was one who was affected by the previous issues which saw people’s permits being extended‚” he said.

“My understanding is that she is acclimatising quite well and I think she’s done her home work. Hopefully the weather plays along and she’ll be able to summit‚” Muhl said.