Immerse yourself in elegance: five-star hotel in Rustenburg is like heaven on earth 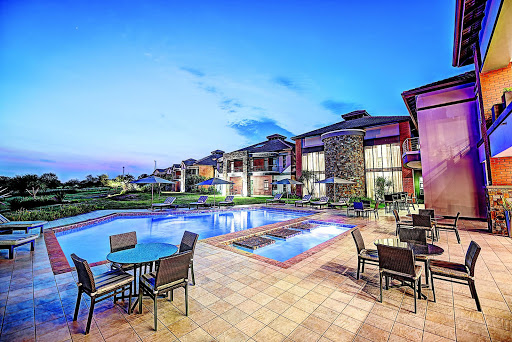 The invitation to spend a weekend at the Royal Marang Hotel near Rustenburg, North West, came with a whole booklet of information that had nuggets of facts about the history of the Bafokeng nation and the genesis of the hotel.

Leafing through it, I soon got to learn about the migration of the Tswana- and Sotho- speaking nation from central Africa towards the South.

I also learned about how they got to settle in the mineral-rich Phokeng area. I was also fascinated by the story of their totem - the crocodile, which is depicted in a swirling motion while slipping back into the water.

The pose is supposed to signify the peace and contentment that the water evokes in our lives, which signifies the quiet strength of the nation

I knew this was no ordinary hotel, especially after I heard that it was the home for the English team during the 2010 World Cup, and the likes of Ashley Cole, Steven Gerrard and Wayne Rooney frequented these grounds.

The other notable star who slept at the hotel's presidential suite is funnyman Kevin Hart during his What Now? tour last year. He also took time out for some social responsibility programmes in the area.

Although we arrived late on a Friday night, the peaceful ambience of the five-star hotel soon enveloped us, and after a five-star dinner I could not wait to explore Sun City and surrounding areas the next day.

The hotel has 68 rooms with four luxury presidential suites, and I was shown the one in which Hart enjoyed his holiday here last year.

The décor is set in elegant dark wood furnishings with an Afrocentric theme. There are a lot of football motifs in the décor, in terms of sculptures, and the 2010 World Cup legacy books in some of the rooms.

Hart's 90sq/m suite looked like a quarter of a football pitch to me. It has three lounges and dining areas, as well as a private kitchen for the butler. The deep mahogany wooden furniture pieces are complemented by metallic greys, silvers and touches of gold for a truly opulent feel.

Throughout the hotel, wooden sculptures of crocodiles remind you of the Bafokeng's totem. I am told that during the 2010 World Cup, the Kgosi Leruo High Performance Centre was the best-equipped gym in the country before the Tukkies and Stellenbosch high performance centres took it off the perch.

The hotel and the centre are situated within the Royal Bafokeng Sports Complex, which is also the home ground for PSL soccer team Platinum Stars.

During our visit we saw several local teams being taken through their paces.

The hotel's signature is their attention to detail. Every day we found that the housekeeping staff had folded our towels into exciting miniature animal figurines like elephants, scorpions and swans.

Indeed, it is convenient to drive to Sun City for a day of fun in the sun, but you have to pay a small fee to access their Valley of the Waves, which is what I did on a Saturday afternoon - only to be welcomed by a hot plate of yummy chicken and prawn curry when I returned.