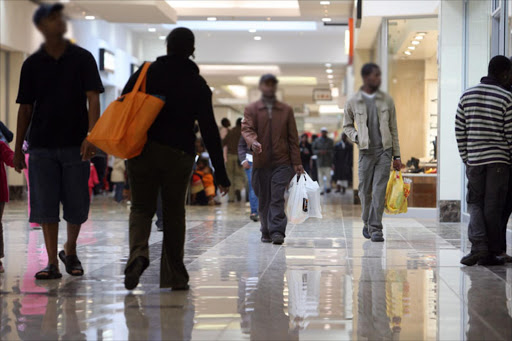 Lay-by signs are popping up in the windows and at the pay points of many a chain store as struggling retailers embrace the interest-free payment model in a bid to entice consumers with maxed-out credit cards and tainted credit records.

For years the lay-by has been used as a pay-it-off mechanism by consumers who either don’t have access to credit or don’t want to pay interest‚ but the economic downtown has seen it being embraced across the board‚ internationally.

It doesn’t offer the instant gratification of card swiping‚ in that the consumer doesn’t take possession of the lounge suite or jacket until they are paid off in full over a few months.

But the upside is there’s no interest to be paid‚ and if you change your mind along the way‚ the Consumer Protection Act (CPA) allows you to cancel and get whatever you’ve paid up to that point back‚ minus a cancellation penalty of just 1% of the purchase price.

That’s been the case since the CPA came into effect six years ago‚ but old habits die hard‚ it seems‚ as many retailers continue to tell their lay-by customers who cancel that they won’t be getting a refund at all‚ or that a 10% cancellation penalty applies‚ which was the position prior to the CPA coming into effect.

Ntombifikile Luthuli wrote to In Your Corner this week‚ saying she’d cancelled her lay-by with a store‚ which was insisting on deducting a 10% cancellation fee from her refund.

Both retailer and consumer were incorrect‚ as it turns out — the store was entitled to retain 1%‚ not 10%‚ of the purchase price of the bed‚ not of the amount Luthuli had paid towards it when she cancelled‚ in other words‚ just R39.

I explained that to Luthuli‚ who got back to me to say: “I told the store manager that I had consulted you and now have all the facts. He apologised and promised me my refund‚ only deducting 1%.

“Thank you so much.”

Consumers are advised to find out whether a store’s lay-by policy is CPA compliant before signing the deal and making an initial payment‚ and insist on it in writing. If a store doesn’t abide by the CPA’s lay-by refund provisions‚ lodge a complaint with the Consumer Goods & Services

*If you cancel the lay-by before fully paying for the goods‚ or fail to pay in full within 60 business days of the lay-by end date‚ the retailer must refund you whatever you have paid up to that point‚ minus a termination penalty of no more than 1% of the purchase price.

*The termination penalty can’t be charged if the failure to finish paying was due to the hospitalisation or death of the consumer‚ or if the retailer failed to tell the consumer about the penalty upfront.

- Wendy Knowler is ‘In Your Corner’ as consumer champion. You can contact her on email: consumer@knowler.co.za or via Twitter: @wendyknowler