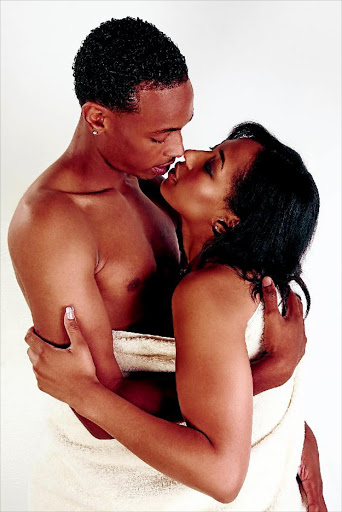 There are many aspects that go into a couple conceiving a child.

How a couple makes love can apparently fast track the process, as the angle of the sex position can either make for easier access when a couple is trying to conceive.

Gynaecologist Dr Nompumelelo Simelane says that although whenever there is penetration and ejaculation, there is a chance of pregnancy, knowing which sex positions to give you a better chance of conceiving puts the ball back in your court.

"If there is anything that we can do to assist the process of conception, be it the positions involved, food that would make it easier and the frequency of intercourse, we always want to know about it.

"Firstly, it is important to note that higher frequency of penetrative sexual intercourse has been shown to increase the chances of conception. Daily intercourse results in a 37% chance of conception in a cycle, dropping to 33% chance with intercourse every other day and a decline to 15% chance in couples having intercourse once a week," she says.

Dr Simelane emphasises that data on the relationship between sexual positions and chances of conception is inconclusive, but she says that logically, any sex position that goes with gravity is likely to facilitate the natural process of conception.

She says that these are the top three most popular sex positions couples can try to conceive:

This is often referred to as the classic sex position, which involves the man being on top.

This position is preferred for conception purposes because it allows for deep penetration, which in turn assists the sperm to be as close as possible to the cervix during ejaculation.

This position involves the man penetrating from behind, with the woman bent over facing the opposite direction, also this makes the sperm to reach its destination easier.

This position is when the guy rests on his knees, and the woman lying on her back with her legs up in the air and wide apart allowing for maximum penetration.

"My caution with these deep penetrative positions would be that some women may experience discomfort or even pain, and this may have undesirable effects. So, easy does it."

Dr Simelane advises couples to pair these positions with other factors that may aid in conceiving.

"Put the focus on more regular, pleasurable intercourse than a particular position. Apply a few lifestyle modifications such as a healthy diet, decreasing alcohol, caffeine and smoking intakes."