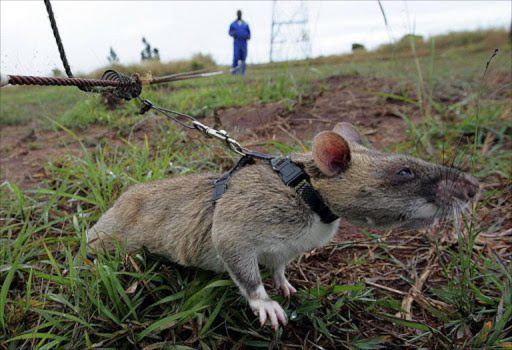 If you’ve got a rat problem‚ you’ve probably thought of getting a cat.

That won’t help‚ say academics from the University of Swaziland who studied rodent traffic around 40 rural homesteads in four villages around the capital‚ Lobamba.

But team the cat up with a dog and you’ll have the perfect rat-repelling tag team.

The number of rats foraging at the 10 homesteads in the study with dogs as well as cats was about a quarter of the number at homesteads with one or the other‚ or neither.

“When different types of predator are present together‚ they likely create a heightened landscape of fear for foraging rodents‚” said the researchers‚ writing in the journal PLOS One.

The team hid 50 peanuts in trays of sand placed by the homesteads at night. They counted how many nuts were left the following morning‚ and estimated the number of rodents that had been in the area by looking at footprints in soot on white tiles.

“The behavioural response mechanism that explain our results have yet to be determined. In addition to odour‚ it is possible that rats could have been responding to visual cues‚” said the researchers.