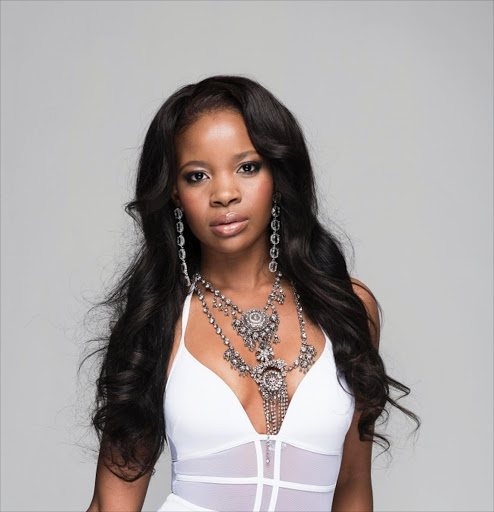 For Boipelo Mabe, winning Miss SA will prove that a township girl armed with chutzpah can go far.

The lass from Alexandra took her place among the 12 finalists for Miss South Africa 2017. A daughter of a taxi driver, Mabe said she was embarrassed by her father's job.

"You know, being the daughter of a taxi driver was hard. I grew up embarrassed because of my dad's profession but at some point I had to accept that this is what he does for a living."

Mabe is studying towards a masters degree in international relations at Wits University and is determined to use this platform to show that all dreams are possible.

While dad Stephen Kotlolo drives a taxi for a living, Mabe's mother is currently unemployed.

Proud mother Monnye Mabe gushed: "I am so excited, my only child has really defied the odds and is making our family proud."

To pay for her studies, Boipelo worked at Alex FM as a talk show host and is presently a news reader on Soweto TV.

"I have an interest in politics. I have been a political analyst on various TV platforms such as eNCA, YFM and Alex FM," she said.

The Miss SA finalists were announced on Wednesday night at Room Five in Rivonia. Among them was Adè van Heerden, 25, a qualified doctor currently in her second year of practical training at the 2 Military Hospital in Cape Town.

"The things I achieved did not come easy. I had to work hard to get what I have. I was also in a position where I could not pay for my fees, so I had to join the military to fund my dream career."

Dr Lieutenant van Heerden, as her patients and colleagues call her, believes Miss South Africa is a position of power and influence.

"Should I win this competition I would like to collaborate with the Department of Health and teach people. I am particularly interested in female sexual health. Miss SA gives an opportunity to move in very influential circles, and I would also like to use that to spot young female entrepreneurship and nurture it."

The winner of Miss SA will walk away with a cash prize of R1-million and a car.