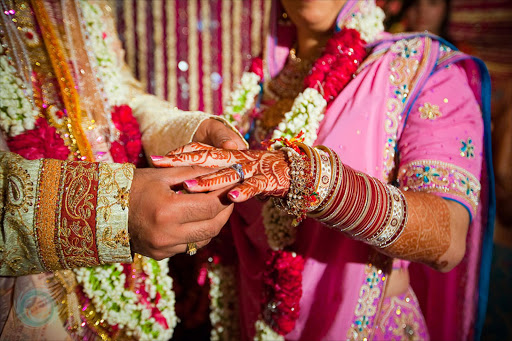 Well-heeled Indians have found a new international wedding destination to marry in style.

Wedding planners estimate that they spend around R388‚000 for accommodation‚ venues‚ travel‚ food‚ entertainment and add-ons like spa treatments‚ rounds of golf and game drives.

“There is what is called the big fat Indian wedding. These weddings are mostly held in the Western Cape. The smaller weddings take place in places such as game lodges.

“The family usually takes over the whole venue and spends the week of the wedding spending quality time together‚ using the time to bond catch up‚ enjoy spa treatments‚ golf and game drives.”

Slabber said the cost depended on the detail of the wedding.

“South Africa has hosted some cost-effective weddings to rally big fancy ones.”

So lucrative is the market that South African Tourism partnered with the South African Chefs Association to produce a cookbook to cater for foreign palates including those for India.

“It is very important to cater for their palates and dietary requirements.

“This has helped in making our South African industry more prepared and able to cater for the needs of Indian bridal parties.”

The book sets out specific dietary requirements of vegetarians‚ vegans and Jains and also lists a broad selection of recipes.

“Over and above the food‚ South Africa also has all the other auxiliary services — from mendhi to make-up artists and relevant religious officers‚” said Slabber.

“South Africa is a Mecca for the gourmand — whether it’s shopping‚ food or culture. There’s also the perfect weather and amazing animal kingdom that attracts wedding tourists here.”