Save girls from 'blessers' - Empower them to rule their sex lives 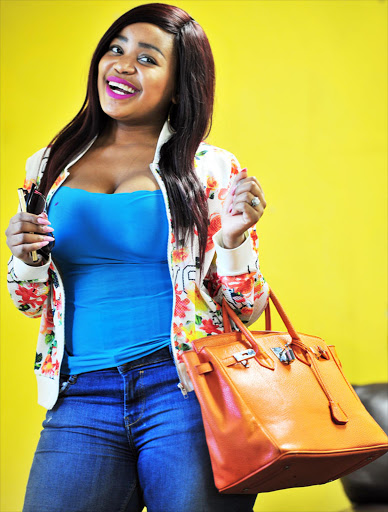 I am irritated with the way society is giving attention to the "blesser" phenomenon.

You hear about it in the media, around dinner tables, government circles and, of course, the so-called blessers themselves.

It as if a new planet has been discovered when, in fact, these transactional sexual relationships have been around for a long time.

In fact, it is encouraged by the sexist ways in which girls and boys are raised. I am also irritated by the assumption that all blessers are black men and blessees are black women.

Blesser is a title given to mostly older, financially well-resourced men who have sexual relationships with young adult women or young schoolgirls who are not as well off as them.

The women are rewarded with money, airtime, clothes, apartments, exotic holidays, depending on the level of the blesser.

Junior blessers provide airtime and clothes while senior blessers, what I term executive blessers, provide blessings such as apartments and exotic holidays.

In addition, contrary to popular belief, these type of relationships cut across racial groups.

I was a professor of psychology at a historically white university, and some white female students had sexual relationships with older men, who blessed them with material goods, holidays and funds to "support the little extra needs of a student".

One cannot assume that these relationships are your garden variety exploitative engagements where women have no decision-making powers.

Of course, the power lies with the man. However, the question is why are the "blessers" predominantly men? The answer lies in the fact that in Western capitalist society men have more access to resources and power. And, of course, all women need to survive and the bling of material goods which a celebrity culture encourages is the ultimate goal.

I have heard young female university students refer to these blessers as "My NSFAS". NSFAS (National Student Financial Aid Scheme) is funding support which the government provides for financially needy students in higher education. The women are using a transactional relationship strategically to graduate with a university degree. The problem with these relationships is not necessarily the transactional nature thereof, but that the blessers demand unprotected, risky sex and the risk of HIV transmission becomes high.

However, much of the concern regarding blessers has been moralistic. The women or girls are labelled nothing more than prostitutes.

The moralistic attitude and condemnation is unacceptable.

The self-proclaimed "reformed blessers" like Kenny Kunene argue that the blesser/blessee relationship is nothing more than prostitution.

Although the blessee has become stigmatised as just a prostitute, the blesser is a status that many men seem to aspire to.

Certain anti-blesser campaigns currently driven by NGOs in partnership with political groupings have good intentions but the language used is extremely sexist, patriarchal and patronising towards the young women.

They argue that the young students contract HIV from the blessers and then they sleep with schoolboys and infect them.

The girls are seen as passive victims who are easily influenced and are going around infecting young innocent schoolboys.

Instead of blaming blessers and societal structures girls are stigmatised.

It is important to note that anecdotal stories from young women, as well as a growing body of evidence suggests that many boys their age are abusive, do not want to have safe sex and, in addition, cannot provide any of the material security that blessers do.

Notwithstanding the importance of providing a more nuanced approach to transactional sex among young people, it is also evident that the intersection of power inequalities across the indices of class, gender and age may facilitate inequalities and a potential vulnerability of young women to abuse and violence in such relationships.

It is not helpful to assume a one-dimensional picture of these transactional sexual relationships in which blessees are constructed as stupid, naïve, helpless victims who have no agency.

More research is needed and not sensational reporting or government interventions which aims at regulating sexuality and morality.

Root causes, which include poverty and unequal power relationships between men and women, need to be addressed. Policy-makers and implementers should pay attention when women argue that "I rather be a blessee than an abused girlfriend or wife".

However, we should be clear that sex with underage schoolgirls which often includes sex without condoms is unacceptable and that the "blessers" should face the full force of the law.

I support the decriminalisation of sex work and, of course, as SWEAT, the NGO campaigning for sex workers rights, points out, it is not a solution to all the challenges women face. But one of the benefits would be that women would be able to negotiate safe sex practices.