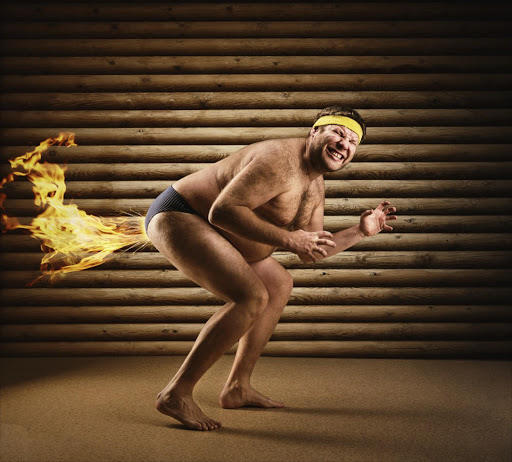 A Pretoria DJ hopes to curb drug problems in his home town by giving youth a chance to compete in international farting competitions.

DJ Thabo Mahlare‚ 37‚ launched his inaugural farting competition in Mamelodi‚ Pretoria‚ on Saturday. Mahlare said this was his attempt to try to address the high substance abuse in his township.

“I’m hoping people take this seriously enough to want to sponsor it so that we can send these kids to go compete internationally. Some people don’t realise that farting is a talent‚ and can you realise how different their lives could be if they were given the platform to try out their talents‚” Mahlare said.

Cash prizes of R87‚000 are what some international farting competitions offer to the winner.

Mahlare said he was trying to raise awareness about the dangers of nyaope (heroin) consumption.

“I’m tired of seeing the youth in my community perish due to drug abuse‚” Mahlare told Times Media.

One of the participants of Mahlare’s competition Kabelo Sathekge‚ said he had been smoking nyaope for 16 years and had tried to quit three times.

“The problem is you go to rehab and when you come back‚ you expect things to be different‚ but everything is the same. Your friends are still smoking‚ and because you have nothing to do during the day‚ you go back to smoking‚” Sathekga said.

Sathekga also criticised‚ what he calls the slow response by social workers in dealing with drug addicts at rehab centres.

“If you could go in there today and they attended to you at the same time then it would make the situation better‚ but this thing of being sent back and asked to come back another day doesn’t work because I need the medication (Methadone) now‚” Sathekga lamented.

Mahlare said he felt like the social development department was not taking the drug abuse issue seriously enough.

“The actual purpose of the farting competition is to get these kids off nyaope and to stop them from doing crime.

Winning something could be good for them‚” Mahlare said.