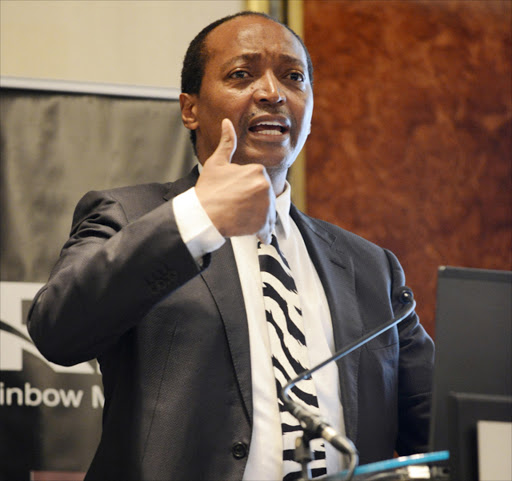 Patrice Motsepe is a good example of black men being allowed to be businessmen and go as fas as becoming millionaires and billionaires. Pic: Arnold Pronto. © Business Day

Businessman Patrice Motsepe on Tuesday announced his family foundation was activating a pledge to donate R117‚5 million over 10 years to promote soccer‚ netball and the arts at schools.

In 2013‚ Motsepe donated half of his family’s wealth to the foundation‚ which has so far funded a range of development projects including the construction of clinics‚ schools and community halls in rural areas as well as bursaries for college and university students.

The Motsepe Foundation said in a statement on Tuesday that it was “launching and activating” a 10-year Sponsorship Agreement with the Department of Basic Education. The sponsorship was first announced in November 2015.

During the first five years of the sponsorship‚ an amount of R55 million will be allocated to the:

For the next five years from 2021 to 2025 the Motsepe Foundation will contribute another R62‚5 million.

All 25‚000 schools in South Africa have been invited to participate in all three competitions.

The co-founder and CEO of the Motsepe Foundation‚ Dr. Precious Moloi-Motsepe‚ said: “Sports and music make an important contribution to the growth and development of our youth and helps them become good role models.”

South African Football Association president Danny Jordaan said: “This partnership is a great platform and vehicle that will assist our Vision 2022 goals. We have insisted that we need to increase the number of participants that play the game of football and the biggest potential of growth lies within schools. We want more kids to be exposed to football at an early age and we also believe it is within schools that the future Bafana Bafana stars will be identified.”

Jordaan said SAFA had introduced an online registration platform called Inqaku for all school football registrations. “This will assist us in having a database for all the players and curb the age cheating syndrome.”

Minister of Basic Education Angie Motshekga said: “Sporting and cultural activities in education help advance social cohesion and are an integral part of a holistic education system… These educational programmes will help to enhance the national identity of our learners and promote our diverse cultural understanding.”