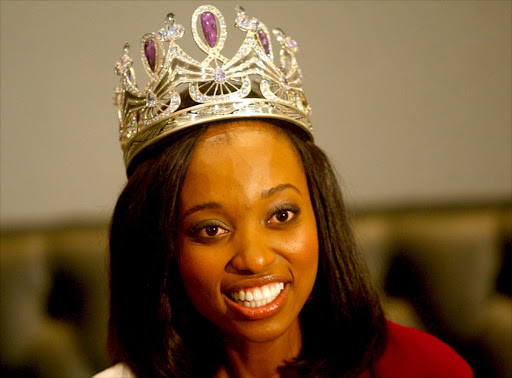 BELLE OF THE BALL: Ntandoyenkosi Kunene from Piet Retief in Mpumalanga was crowned Miss SA 2016 at the Big Top Arena in Carnival City, Brakpan, on the East Rand at the weekend. PHOTOS: Veli Nhlapo

Miss South Africa Ntandoyenkosi Kunene's love for beauty contests from the tender age of four has finally paid off.

Kunene, who grew up in the dusty streets of Piet Retief in Mpumalanga, dawned the Miss SA sash and crown since last weekend when she was crowned the fairest of them all in the land.

She won her first title when she was just four.

"Ntando is one child who kept on making us proud with her love for beauty contests. For me as a father, I first accompanied them [Ntando and Baby] to Rainbow Festival beauty contest here in Piet Retief where she came number one at four years old. She went on to also win Miss Ellerines when she was around 10.

"Her mother, who has a diploma in modelling, taught her all the things while I watched," said Toffee, a retired Mondi crafts employee.

He is also a retired soccer player who played for Orlando Pirates in 1973. He now makes a living through book-keeping. He says all his three daughters fell in love with modelling at a young age. "They are as beautiful as their mother," he boasts.

Baby is a manager at Metropolitan Life insurance in Piet Retief.

She told Time Out that her daughter's dreams and love for modelling made her study modelling and teach her and other girls in the township.

"She would walk in the house, modelling. I thought that I should add value to her wishes and went to study and came back to teach her in our garage," says Baby.

Ntandoyenkosi, a qualified teacher, entered Miss Wits University in her first year, followed by Miss Mamelodi Sundowns, which she won in 2012 before taking Miss Mpumalanga in 2013.

Her childhood friend Hlubi Sunduza calls Ntandoyenkosi a dynamite. "Ntando is one person you can take for granted if you don't know, but she is like a dynamite. The wisdom and focus she has can blow your mind away.

"I remember her at school when she was young, like me she wanted to become a beauty queen, and when she kept on entering and winning I realised she was focused.

At school we would do good and when there was time to play we would speak in a Nigerian accent to make classmates laugh."