Keep kids away from suggestive clothing 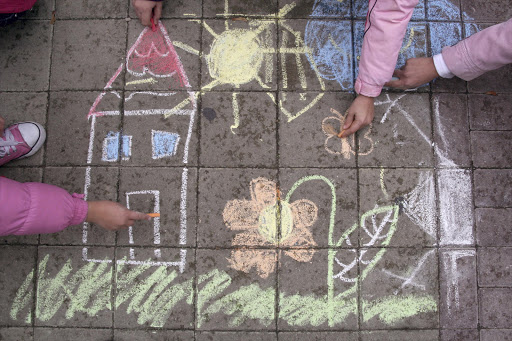 "I'm too sexy for my shirt"; "I taught your boyfriend that thing that you like"; "Single and ready to mingle..."

Go into any retail shop and you are bound to find cute T-shirts and tops with messages and slogans like these.

However, of late, teens as well as pre-teens can also be spotted wearing these suggestive clothes, which means they are also available in the kiddies section.

Have kids' clothes become sexier and more suggestive than yesteryear?

Crop tops, minis and killer heels can all be found in the kids' section of many department stores. But is there something wrong with this?

According to many parents out there, there certainly is. Many will remember when frustrated mom Paula Chaplin took to Facebook to lambast retailer Woolworths for a lack of diversity and sexualised kids clothing. Soon moms everywhere were giving Chaplin a resounding nod, and sounding off about skimpy high-fashion clothes for kids in retail stores.

Woolworths has since invited parents for a sit down to voice their concerns, as well as promising to convey the parents' concerns to their buyers. But are the worries of parents about the overtly sexy clothes for kids well founded?

What could be the possible dangers of kids dressing sexy? For answers, we spoke to clinical psychologist Esther Ngcobo, who says that there are many ramifications to dressing kids in suggestive clothing that parents may not be aware of.

"Firstly, kids have what we call visual stimulae. This means that they are attracted and often influenced by what they deem beautiful and aesthetically appealing. This is the reason why toys and dolls are so popular with kids.

"The same can be said about clothing. If you make sexy clothes to be your child's visual stimulae, that is what they will grow up believing to be the definition of how they should dress and behave," she says.

Other factors parents should look into, according to Ngcobo, are:

"There is no excuse whatsoever for why some people go on the prowl to abuse and molest children," Ngcobo says.

"That being said, as a parent, you do not want to give predators the excuse. This is why children should dress like children to make the clear distinction that the predators violated the child for their own sick and selfish reasons, not because they 'looked like an adult'."

"It's a fact that some teens look older than they actually are, and this can often be attributed to their body structure and development. But another fact is that suggestive clothing perpetuates this, and can find kids exposed to certain things they shouldn't have been," argues Ngcobo.

"As a parent, ask yourself what message you are sending out to your kids about their image. Are we not raising our kids to become fickle and deem sexy clothes to be the norm to command attention?

"Personally, I believe that parents should, from an early age, preach the message of self-esteem to their kids.

"The message should be that no clothes, make-up, heels or designer brands contribute to how they feel about themselves. Dressing up your kids in suggestive clothes will only preach the opposite."

"The adolescent stage is probably one of the most frustrating that parents can go through. Not only are the teens' hormones raging and all over the place as they discover their sexuality, but they start noticing boys and girls. Dressing sexy will definitely warrant the attention they desire from the opposite sex, but even earlier than you as a parent expected."

"We are using children and making fashion victims out of them by sexualisation through clothing.

"We are creating miniature Lolitas. In this visual, judgmental world we look at what people wear, regardless of age and make assumptions about them - judging books by their covers.  The message received may be that of sexual objectification," she says.

"Do children really need to wear adult styles?  Is this not taking or eroding their childhood by unscrupulous marketers.  This can be very dangerous and create a culture of sexualising children who are not even aware of this.

"Parents should allow children to be children and not subscribe to the fashion industry whose interest lies with filling their own coffers."