Why the mistress almost always wins 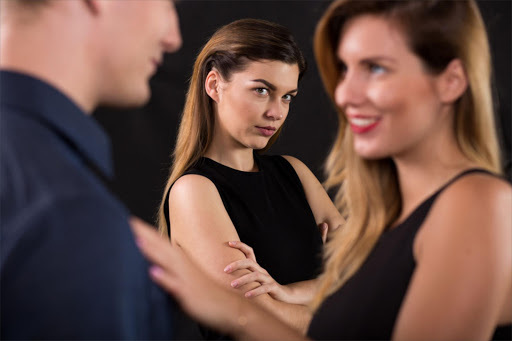 Nothing turns a man off more than a woman who thinks she owns him. Some wives have a tendency to use the ring as "burglar-proofing".

Maybe that's why some married men jokingly say to people, "as you can see, I'm burglar-proofed", as they show their wedding ring.

The caged bird wants to fly free. As it sits inside the cage sorrowfully belting out a song, all it is thinking about is all the possibilities that come with freedom.

Inasmuch as your husband willingly chose to be married to you, marriage should not feel like a trap. It should continue to be joyful. Marriage should be a pleasant experience for both husband and wife. Each one should know that they choose to be with each other.

"I don't like Sipho, he is a player. Maybe you shouldn't hang out with him anymore," a wife might say.

Remember that this man is not your son, this man is your husband. He is a fully grown man who is capable of making his own decisions.

Closely related to the sense of entitlement is complacency. Complacency is exhibited when a woman is too comfortable with her man; the kind of comfort that borders on disrespect. Your husband is your other half but that does not give you the right to take him for granted.

Do not pick a fight with him in front of people. You are taking away his manhood. What should and must he do now? Cower as you yell at him and risk being called a wimp or yell right back in defence and risk being labelled an abuser?

If you have a bone to pick with your man, do it privately and respectfully. Don't humiliate him in public because you have trouble controlling your emotions.

Wives take note: while you yell at him and emasculate him, the mistress speaks softly to him and reassures him that things will be alright.

"It's going to be fine baby. I'm sorry she yelled at you. She was just angry, please forgive her," she says in her melodic voice.

She will win this one hands down. Where would this man rather be? At home with a crazy-ass wife or in a hotel room with an angel? His "Angel", as they would playfully refer to their side-chicks. This is a no-brainer!

The only thing that the mistress feels she is entitled to is mind-blowing sex. Everything else that she gets from the husband is as a result of the pleasures she provides in the bedroom coupled with lots of seduction. Mind games to you!

The mistress is very humble. She knows that she is the other woman so she has to practise her manners.

She has a lot to lose by being rude and hot-headed. She has nothing to lose when she's humble.

When a disagreement of some sort ensues between the mistress and her lover, she may be very quick to apologise. Seduction has actually taught the mistress that she should apologise even if she is not wrong. For peace's sake.

It's not hard for her to do this - her eyes are on the prize, the man! She doesn't stay with this man full-time. They operate on stolen moments. Why, then, would she waste the stolen moment?

This is an extract from the book, May The Best Bitch Win, by Mandisa O Mahlobo self-published under Oxytocin Press