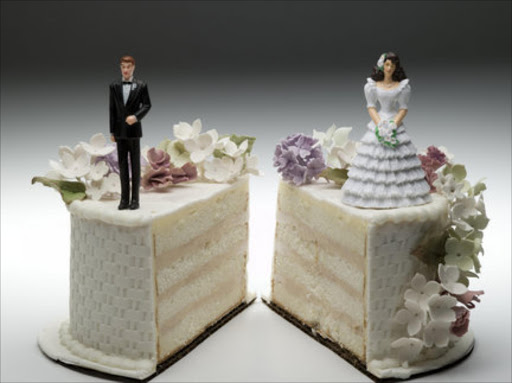 Divorce can be quite messy.

But while the division of assets and the issues of custody can be sorted out in court, there is one issue that the couple who are separating have yet to find an amicable solution to.

Some people seem to think so.

Let's face it: it can sting to know that your friends still fraternise with your ex, despite knowing how he/she ripped your heart out.

It can be aggravating to know that your stokvel group did not kick your ex out, despite everything he/she did to you.

But is it fair to expect friends and family to take sides once the couple has called it quits?

*Sheila Maseko says she was horrified when, after her break-up with the father of her two kids, her sisters still hung out with him.

"This man had cheated on me and hurt me badly, which was the reason for the relationship ending.

"When we were together, he was quite close to my sisters; their bond was strengthened by them being [Orlando] Pirates fans together. They would dress up in their Pirates jerseys and blow their vuvuzelas all the way to the stadium. But when we broke up, I expected them to stop hanging out with him.

"I was so angry, I wanted them to delete his numbers and shun any attempts he made at communicating with them. Unfortunately, that turned out not to be the case."

Maseko says her sisters still attend soccer matches with her ex, and that she hasn't spoken to the one sister in six months because of her friendship with her ex.

"It was his birthday back in April, and of course I didn't send any messages or anything. Meanwhile, my big sister was part of the people organising him a birthday party, and she even came to fetch my kids to attend the party.

"I was furious. Whose side was she on? I expected some sort of loyalty to me. Why are you my sister and still laughing with someone who is my enemy? That means you cannot be trusted either," she says, explaining why she cut her sister off.

Their friendship, she says, makes her to question a lot of things about her sister - like whether she is blaming her for the failed relationship. She even began to wonder if perhaps her sister wants her ex for herself.

Should friends and family stop all communication with your ex once the relationship goes down the drain?

Relationship expert Elijah Padi says a couple must be careful not to let their separation issues spill over to friends and family.

"In an unfortunate event of a divorce, it is important for the divorcer and the divorcee to note that their divorce is only limited to the interactions and does not affect children, other people or their social circles."

Padi says while this may be difficult to do, it is important to go back to the basics of our culture for guidance. "I must highlight that in many African traditions, marriage is seen as an opportunity to create a social bond between two families rather than creating a bond with one individual. In a case like that, many other relationships (parents can start a stokvel together, uncles can start a golf club, etc) can be established without the spouse's consent or knowledge.

"The fact that we don't want to be together does not mean we are becoming enemies, it simply means we are not good together as a couple but we are still good people."

Padi says couples must bear in mind that the new world they are starting will either comprise of new or old people and that it is unreasonable to expect other people to also divorce your ex-spouse.

WHO GETS WHO AFTERWARDS?

Relationship expert Vincent Setshedi goes through the list of family and friends tied to a marriage and advises couple on how to deal with them after the divorce.

This is non-negotiable. Never, ever play tug of war with the kids and make them choose between the two of you.

This is a hard one, because most people would expect in-laws to side with their own child, but some in-laws really take a liking to the ex spouse and form a bond that cannot be broken by the failed marriage.

There must be some rules in place though. Your mother or father visiting your ex is too personal an event, but them attending a church event or going golfing together with your ex is relatively okay. I say so because it wouldn't sit well with your new partner that your parents are on a visitor basis with your ex.

If your friends/siblings formed a friendship with your ex, by all means do not get between them. Just have boundaries in place. No discussions about your ex to you and vice versa.

These people can be shared amicably. You don't need to know your ex was there to consult.