Patience is key in bushveld: The Big Five test you before any pleasure 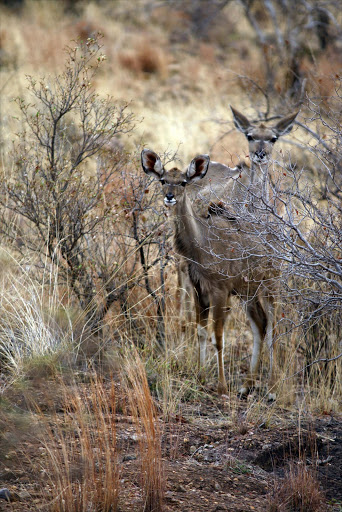 I won't be accepting any invite to go on a game drive any time soon. The thing about me is that I get bored easily and have realised that going on a game drive requires a lot of patience, which I do not have.

I recently visited Marakele National Park, situated just a few minutes outside Thabazimbi in Limpopo, as part of South African National Parks's initiative of opening up its parks for free to the public for a week.

After driving for about two hours from Joburg to Thabazimbi, on our arrival at the park we did not even get a chance to freshen up but had to go quickly on the game drive.

I did not mind that I was tired and could have done with catching a breather before going on the five-hour game drive when I learnt that the park was home to the Big Five.

I was elated and could not wait to spot the king of the jungle.

But after driving for what seemed like forever, there was no sign of the lion, one animal I was looking forward to spotting.

It was at that point that I concluded that game drives require a lot of staying power.

We must have been driving for more than an hour when we spotted an elephant, albeit far in the distance. We later saw two rhinos and they were also too far for me to be impressed with the sighting.

Even though I was disappointed I did not see the king of the jungle and the other two Big Five were not up close, I still learnt a bit about wild animals from our guide.

We saw a lot of impalas and learnt that when the winter season starts, the male impalas fight and the one that wins gets all the female impalas.

The victorious male impala can have more than 40 females to mate with and impregnate during the winter season. Interesting how things work in the jungle.

Another interesting fact I learnt was about how animals in the wild look after each other.

The blue wildebeest travel in groups with zebras because they've got poor eyesight and depend on the zebras' good eyesight to lead them.

The most exciting part of the game drive was driving up to Lenong viewpoint which is 2080m above sea level. From up there, we could see the majestic Waterberg mountains surrounding the park and it was the most tranquil and magical experience of the game drive.

After the long drive we were treated to a scrumptious dinner in the bush. The only thing that spoilt the delicious food was that it was dark and no one had thought of organising any light. We relied solely on the light from the fire.

After dinner we finally headed to our camp tents. It was my first time sleeping in a tent and I must say I was quite comfortable throughout the night and even forgot I was in the company of dangerous animals around the camp. The tents have two beds and a shower and toilet. At least we did not have to go out into the bush when nature called.

The trip was quite an experience but if I were to choose between a game drive and a boat ride, I would definitely go for the boat.

Macupe was hosted by SANParks