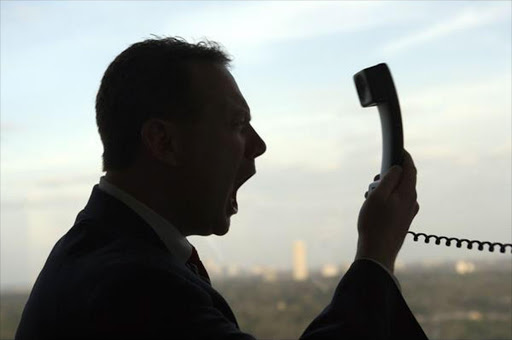 Every day I get emails from customers of large companies who’ve spent days or weeks dealing with call centre employees in a bid to get a problem sorted out‚ with no success.

They’re angry and frustrated‚ and understandably so.

Mortimer Hope was one of them.

A Discovery Health member of 15 years‚ his plan includes unlimited hospital cover for his family‚ at a cost of almost R9000 a month. Hope’s wife Julia was admitted to Milpark Hospital on January 12 and all went well with the authorisation process.

She was discharged four days later‚ but last month Hope began getting statements from the hospital‚ followed by a final demand for more than R12 000‚ relating to the hospital stay.

“I wrote to‚ and called‚ Discovery Health on several occasions to try to resolve this matter but their response on every occasion was that they declined the hospital authorisation and will not pay the outstanding amount of R12‚269.87‚” Hope told In Your Corner.

“Even though I explained that I have a copy of the authorisation they insist that their records show that the hospitalisation was not authorised‚” he said.?“This obviously begs the question of why Milpark Hospital admitted my wife Julia if they did not receive authorisation from Discovery Health.”

Not wanting a blemish on his credit record‚ Hope paid the hospital the amount being claimed‚ but felt strongly that he was owed a refund by Discovery‚ along with an explanation.

I took up the case with Discovery and got a very swift response‚ explaining that the decline was an automatic one‚ based on the Discovery being supplied codes by the hospital which indicated frail car‚ something which is excluded from cover.

While Discovery’s case manager at the hospital realised the problem and re-instated the authorisatio‚ this applied to the specialist’s treatment of Hope‚ but not to the hospital stay‚ for some reason.

“We have now corrected the information as regards the hospital claim‚ and will ensure that Mr Hope is fully reimbursed for the hospital element of his wife’s treatment‚” said Discovery Health chief executive Jonathan Broomberg.

“We are extremely sorry that the timing delay on this correction impacted on Mr Hope‚ which should not have happened.”

Hope has since been refunded in full‚ but he remains unhappy that this happened only after the intervention of the media.

“I sent Discovery about five emails and made several calls‚ trying to get to the bottom of why the hospital stay cover had been declined‚” he said.

“At no point did any of the agents or management explain the reason for declining the authorisation – they just stated that it was declined and that I should check their website for more information.”

Hope has been assured that each of his failed interactions with Discovery staffers will be “looked into” and “addressed internally”.

Good thing‚ because such service failures are grossly unfair to consumers.

Erena de Mezieres wrote: “Sometimes I purchase a quart of beer for my adult son at my local shopping centre‚ and I am required to pay a deposit of 90c on the bottle.

“When my son went back the store with all the bottles we had accumulated he was told they do not pay back the deposit even though he intended purchasing another quart and paying in the shortfall.

Q: “Is it legal to charge a deposit then refuse to refund it?

A: I get complaints about bottle stores refusing to accept returned quart bottles and refund deposits from time to time. South African Breweries says they “recommend and encourage” outlets to accept returnable bottles and to provide the customer with the full deposit value.

But while SAB believes it is bad practice for an outlet to refuse to take back empty bottles and not to return the deposit‚ the ultimate decision on whether to do so rests with the outlet.

The bottom line is there is no legislation or regulation which obligates them to do so.

So‚ before you buy quarts and pay that 90c per bottle deposit‚ ask the store if they will accept the bottles back and refund the deposit. If they say they won’t‚ take your custom to an outlet which will.

“Sewava” wrote: “I’m seeking some answers from you concerning my indebtedness.

“Some years ago I lost my job and ended up with many debts‚ leading to blacklisting in some cases‚ but for the past three years I have not made any arrangements to pay.

“Does that make my debt prescribed and what happens to me being black listed?”

A: If you haven’t acknowledged a debt in the past three years‚ made a payment or been summonsed over it‚ then it has prescribed.

Since March 14 this year‚ in terms of the National Credit Amendment Act‚ it is illegal for a prescribed debt to be sold or collected.

So you shouldn’t be getting any calls or SMS demands regarding those debts. If you do point that out‚ and ask for your file to be closed.

LIST-en Up! Consumer smarts @ a glance

1. Deliver on time‚ or else: This is for anyone who has ever taken time off work or made special plans to be at home for a delivery of furniture and they either didn’t pitch up at all‚ or got there hours late.

According to the CPA‚ the supplier must deliver the goods or the service‚ you’ve bought at the agreed time‚ at the agreed address.

If they fail to do so‚ the consumer has the right to cancel the agreement without penalty.

Another thing — the supply must give the consumer a reasonable opportunity to examine the goods to see if they’re satisfied. No drop and run.

2. Only one chance to fix: If you agree to have your broken item repaired‚ within the 6-month CPA warranty period‚ and it breaks again in any way within three months of it being returned to you‚ the store can’t force you to accept another repair. Cellphone outlets do this all the time‚ but by law the consumer gets to choose a refund or replacement at that point.

In other words‚ suppliers only get one bite at the repair cherry when it comes to the CPA 6-month warranty period.

3. For those with “butter fingers”: You know those signs you sometimes see in shops: “Nice to look at‚ lovely to hold‚ if you break it‚ consider it sold”?

Well‚ such a policy is illegal in terms of the CPA. A customer is entitled to examine goods‚ as the Act puts it‚ and can only be held responsible for breakages if they were grossly negligent.

4. The law on lay-bys: Pre CPA‚ if someone signed a lay-by agreement — paying a certain amount every month until the item is paid for in full‚ and only then taking delivery of it — if they wanted to cancel along the way‚ the shop got to keep 10% of the retail price as a cancellation fee. Many still stick to the 10% deduction‚ but legally now they may only retain ONE PERCENT.

5. Show me the parts: When you have something repaired‚ be it a car or a washing machine‚ the supplier is obliged to give you back the parts they remove in a clean container — unless you tell them not to worry.

Never say “don’t worry”‚ and if you don’t get your car or appliance parts back‚ ask for them.

No offence to the many reputable repair agents out there‚ but it’s not all that unusual for parts replacement to be charged for‚ but not done.