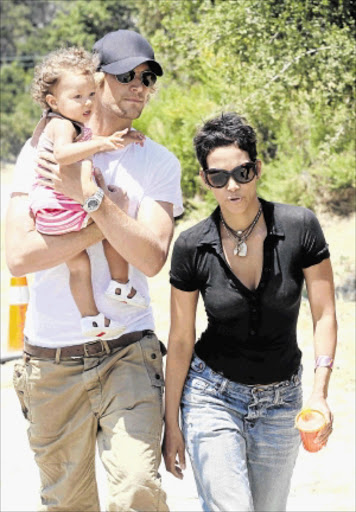 People credit Demi Moore with liberating mature women to own up to their choice of dating younger men.

Her much-publicised relationship with Ashton Kutcher, despite the 16-year age difference, made dating younger men fashionable and more acceptable.

Hollywood paved the way for this new phenomenon, turning it into something people no longer frowned upon.

South Africans, of course, have come up with their own lingo and interpretation as young men dating older women are referred to as Ben 10s - after the animation character loved by young boys.

In the cartoon series on television, the boy lead character has a watch-like device that enables him to change into an alien, and this allows the boy, Ben 10, to perform miraculous and heroic tasks.

The younger male lover in a relationship is commonly known as the toyboy. But in SA he has been labelled Ben 10, perhaps with the expectation that he too should perform miracles in a relationship disapproved by conservative societies.

So what happens when the family of the older woman, often derogatorily labelled the cougar, does not approve of the Ben 10?

The case scenario in these relationships is that more often than not the mature woman has children and relatives - such as nieces and nephews - who are closer in age to her lover.

This is the case with *Melda from Randfontein, who has six children aged between eight and 26.

At 25, her lover *Thabo is younger than her eldest daughter, *Princess. She has moved out of the family home because she could not handle the embarrassment she suffered from her mother dating a man younger than her.

This has caused serious tension in the family but, according to her children, Melda is floating in a bubble of love. She appears to be unaffected by the growing tension in her house.

Her eldest son *Thabang is 21; he is fed up with his mother and her young lover.

"When our father brings us food, our mother takes some of the food to her boyfriend," Thabang says.

At 19 his younger brother *Mpho is also a young man. According to Mpho, 19, their friends laugh at them because the "Ben 10" lives in their neighbourhood.

"The only thing that matters to my mom is this guy. She does not mind making him food and leaving us out," Mpho adds.

They say that despite their embarrassment, they believe their younger sisters, who are aged 15, 10 and eight, suffer the most because they need their mother the most.

"We love our mother, but she does not mind telling us that we can leave and go live with our dad because it is her house and she can do what she wants," Thabang says.

So what does Melda have to say for herself?

Now pregnant with her toyboy's baby and her seventh child, Melda says it's her life and no one can tell her how to live it.

"It's my life. I will date who I want to date. No one can tell me anything about it because they aren't helping me with anything."

* Not their real names.