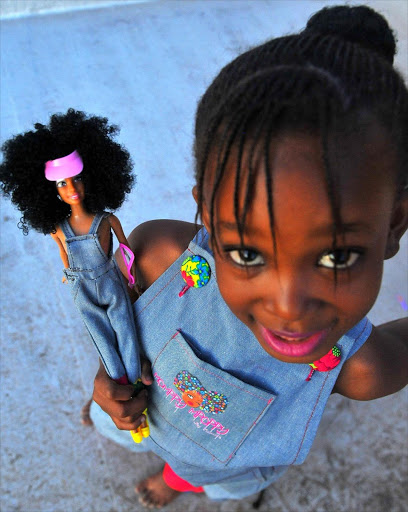 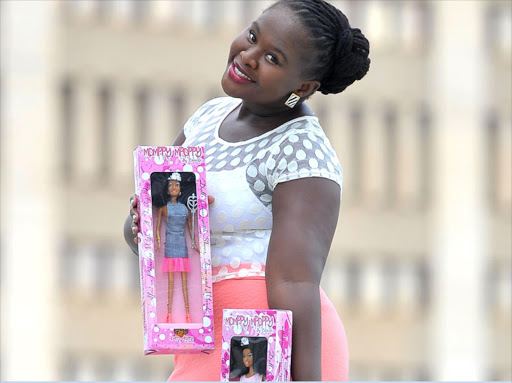 The new black owned black doll is here and will be raking all the Barbie dolls out of your homes.

Although there have been black dolls before, they are nothing like Mommpy Mpoppy as this new Soweto born doll is produced with a touch of kasi vibe.

The doll is manufactured by a company called Childish Trading and Manufacturing owned by Maite Makgoba who says the idea came to her when she had to buy her niece a birthday gift.

“I was a first time auntie and wanted to get something unique. I am African conscious and I know the need of knowing who you are and being proud of yourself and those are values that have taken me far so I want to instil that in my niece. I was looking for toys and clothes that were depicting that and there just wasn’t,” she says.

Makgoba knows about the existence of other black dolls in the country but believes that her new approach will take the whole dolls game to greater heights.

“This is not the first black doll, black dolls have been there, the only thing is that they have never actually managed to break in the market and make a buzz. You see them and the next thing they are gone.”

According to Makgoba, Mommpy Mpoppy is not just a toy but a household name that also comes with kiddies clothing range among other things.

“It’s a lifestyle thing. If a child likes Mickey Mouse trust me you going to buy her a Mickey Mouse pencil, spoon, plates everything. I thought, why not give them something that’s going to be in their life that represents them,” she adds.

Growing up, every doll had a generic name “Mpopi” and instead of giving the doll a specific name such as ‘Barbie’, Makgoba decided to go with a name that everyone is familiar with.

“I decided to go with a very generic cute name, something that is going to accommodate everybody. I didn’t want to make it Lerato or Nomatjatjambo but wanted a very fun and generic name,” she said adding that all South Africans are familiar with the name.

Makgoba’s vision is for Momppy Mpoppy to have its own cartoon programme playing on channels such as Cartoon Network.

“We want Momppy Mpoppy to be the very first African doll to have a cartoon.”