Syndrome makes people disgusted by their own appearance 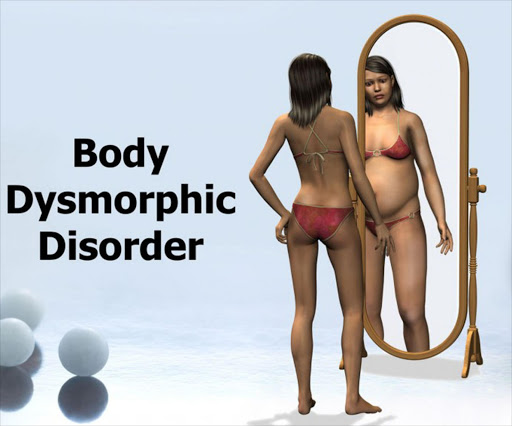 It's completely normal to take a moment out of your day to look in the mirror, assess your appearance and maybe adjust a stray hair or two.

But what if you're disgusted by what you see? And not because you're bad looking, but because you have a syndrome that makes you convinced you're ugly and need to change everything.

Body dysmorphic disorder can turn the tiny insecurities everyone has about their appearance into an uncontrollable drive to improve one's appearance, sometimes with fatal results.

Many get caught in an vicious circle, taking the steps they think they need to be more attractive, finding themselves unhappy with the results, and then trying to figure out a new way to stop themselves from being ugly in their own eyes.

"Those affected are usually quite attractive. Their image of themselves often has little to do with the way they actually look," says psychologist Viktoria Ritter of the University of Frankfurt in Germany.

She studies the causes of the disease and potential therapies.

She says people who have the disorder are hyper-aware of aesthetic proportions and notice small divergences. But because their desire to look good doesn't seem abnormal at first, many only get help once they're very far down the disease's path.

Wilhelm Steffen says he noticed that his daughter was spending more and more time in the bathroom. At first he just thought it was a typical sign of puberty. The German says that the family's doctor had no idea about the disease either when the family asked for advice.

"Body dysmorphic disorder remains a little understood disorder, even in professional circles," says psychotherapist Stefan Brunhoeber, who focuses on disorders that affect a person's acceptance of their own body.

It's even harder to detect because those who have it don't think they're sick, but are convinced there's some flaw. That belief drives them to distraction every time they look in the mirror.

"Some go to the doctor, others to a plastic surgeon, all in the idea of attaining a standard of beauty that is impossible to achieve because of their distorted sense of their own body.

The syndrome strikes during puberty in about 80 per cent of cases.

"This is the time when most people have to go through most of their development milestones," says Brunhoeber. Focusing on one's appearance often becomes a way of dealing with insecurities.

"If anyone spends more than an hour a day on their beauty regime, checking their looks in a mirror, windows or their phone, or is always asking others about their appearance, then you should be alert to a possible case," says Ritter.

Another warning sign is when a person withdraws from human contact, refusing to see friends, and loses all interest in going to school or work because they're worried people will see their flaws.

Bullying or teasing can cause the onset of body dysmorphic disorder.

It doesn't help that the media focuses on physical ideals, creating the impression that only the beautiful are successful.

But the condition preceded the mass media. The disease was already named 100 years ago.

"The causes are often linked to childhood," says Brunhoeber. Overprotective parents might be one cause, but those who feel rejected or constantly criticized are also at risk. Many sufferers lack a sense of self-worth and the ability to handle or resolve conflicts.

Therapies to fight the disease focus on building up such skills. Talking about the problem is also important. Patients are encouraged to review their appearance with other people by going through a catalogue of questions.

Sometimes it's even encouraged to do this in public, asking people in a shopping centre. The point is to get to the truth.

The University of Frankfurt has been working with video feedback in an attempt to combat the distorted self-images sufferers have and to help them move past.

Some patients are aided by anti-depressants like selective serotonin reuptake inhibitors. Brunhoeber says psychotherapy is the best long-term treatment to help people come to terms with their self-image.

There are not many self-help groups in Germany for those afflicted. Steffen said he had to go to a group for parents of children with eating disorders. Indeed, the two syndromes are often related.

He says it was a big relief to speak to other parents in similar straits. It was also helpful, "because it gave us the opportunity to picture the internal thought processes of the affected."