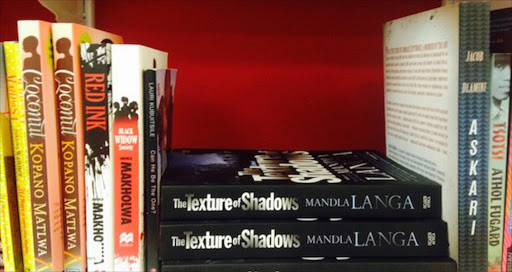 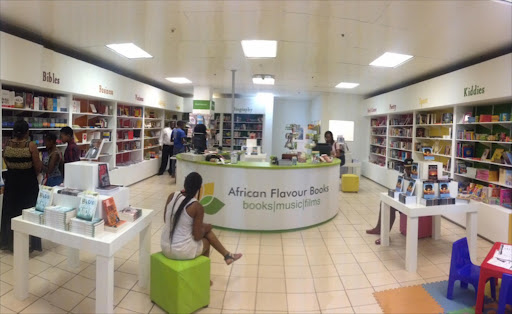 A bookshop devoted to African literature hopes to foster a love of literature in Vanderbijlpark, an industrial town in the Vaal.

African Flavour Books is an African literature enthusiast’s dream come true. On entering, I am greeted by the vast display of books by African authors – from rare finds such as NP Maake’s Sejamonna ha se mo qete to staples such as Chinua Achebe’s Things Fall Apart.

Husband and wife team Fortiscue and Nokuthula Helepi are the owners of the bookshop tucked away in the Vaal Walk shopping centre in Vanderbijlpark, 60km south of Johannesburg. For the Helepis, African Flavour Books is a three-year dream that’s finally come to fruition.

Helepi, a chemical engineer who moonlights as a writer and publisher, says that the idea for a bookshop that focuses solely on African books was born from his love for reading – and also from frustration.

“I was tired of struggling to find African books in mainstream bookshops,” Helepi says. “They are not really catering for our people.”

African Flavour Books sells 80% African books and only 20% non-African books. The Helepis have intentionally focused on African literature because, Helepi says, “people will read more if it’s something they can relate to.”

Helepi says he was surprised at the appetite for African literature. Just a week after they’d opened their doors, they’d already ran out of stock of a certain book – Steve Biko’s I Write What I Like. The book, published in 1978, is still a hit among young and new readers and it flew off the shelves.

In the midst of the books, there is a display of films and music from across the continent. I spot one of Penny Penny’s CD and nostalgia sets in” it takes me back to SABC 1’s cultural music show Ezodumo (now called Roots).

On the day I visit, the bookshop has attracted quite a crowd; curious shoppers are constantly walking in to browse the shelves. It is gaining the most popularity among young people, who are always walking in to buy or make enquiries.

Motlalepule Mofokeng (26) says that the bookshop was a beautiful and much needed surprise for locals.

“I was just passing by and I saw the name – I had to see for myself. I love reading African books and this will definitely encourage me to read more,” he says.

Mpumelelo Dlamini, a 21-year old student, says she has been relentlessly searching for DJ Sbu’s Leadership 2020 book in the Vaal, and was pleased to have finally found it here.

Having a local bookshop, she says, would deliver a much-needed service to the community, and would “change a lot of people’s mindsets about reading”.

African Flavour Books, it turns out, is the only one in the area. Locating the bookshop in the Vaal was conscious choice for Helepi. He says that while setting up shop in Johannesburg would have been more economically viable, he wants to use his bookshop to promote reading in the Vaal.

For people living in Vanderbjilpark, the closest book shop is in Johannesburg, which would mean travelling 60km in each direction, at a cost of R60. “It’s easy to say that people are not interested in reading, without considering the factors that contribute to the lack of interest,” Helepi says.

In a world where print readership is fast falling and chains of bookshops are closing, opening a bookshop might seem like a bad idea. But Helepi still believes that a bookshop can help to reignite a love of reading.

The feedback, especially from young people, has been overwhelmingly positive, he says. Some of the people that walk in have never read or finished a novel, but they are willing and want to become avid readers.

“One lady told me she couldn’t put down Kopano Matlwa’s Coconut, which was the first book she had ever read to the end. This is what we want,” he says.

Conscious of the socioeconomic conditions of his target market, Helepi says he wants to sell all his books for less than R200. Staying in business could prove to be challenging, but Helepi says he’s up to the task – as long as young Africans are given an opportunity to engage with their history and culture.