Thapelo Mokoena wants to be own man 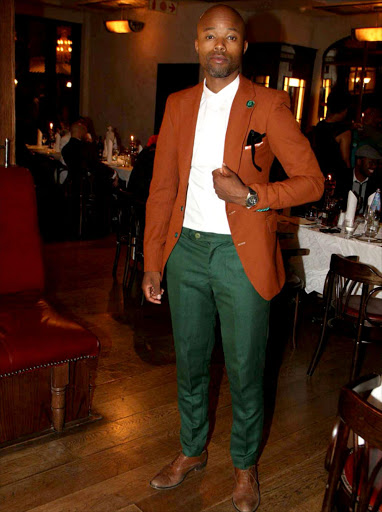 Thapelo Mokoena refuses to live in the shadow of his father.

All he wants is to blaze his own trail, something he has managed to do since he came onto the entertainment scene.

It's a little known fact that his father is Mike Mokoena, owner of Premier Soccer League club Free State Stars.

"My father is a self- made man and those who know who my father is know he's a great man. He's somebody I look up to but I don't want to be known as Mike Mokoena's son. I'm Thapelo Mokoena, son of Mike Mokoena. My mother raised me well, not to go around saying I'm a son of the man."

I'm meeting Mokoena to discuss his latest role which he says resonates with him.

"We have a lot of similarities in that we both come from privileged backgrounds but we both want to build our own empire. We both want to be our own man and not live off what our fathers have built for themselves," he says of JK in Ayeye.

The drama series coming on Vuzu Amp follows the lives of three friends who work for an advertising agency in Sandton.

"It's a story of a man like myself, at my age, chasing his dreams and trying to be a success in a world where everyone is competing."

He reckons Ayeye is the best thing since Yizo Yizo because of how provocative it is. It's produced by Bomb Shelter, the same company behind productions such as Isibaya, Yizo Yizo and Zone 14.

The 32-year-old has come a long way since his early days on Generations as Gabriel, Karabo Moroka's bodyguard. He has since featured in international and local movies. He first did adverts but it was after completing a film degree at Afda that he sank his teeth into the industry.

"I've always wanted to be an entertainer. My friends and I used to fool around and record music or put together our own performances. I didn't know what or how to go about it but deep down I knew I had the passion," he says of his days growing up in Ladysmith in KwaZulu-Natal.

Outside his acting, Mokoena has built his name as a commercials go-to man, as well as a presenter, having held the reins at Fear Factor South Africa.

"Being an actor is all great but there's more that you can do. I've always pushed the bar and I was not comfortable with being just an actor. I've always wanted to produce my own shows."

Though he has a production company, he doesn't have much work lined up, though he features in some movies that should be released this year, one of them being Urban Highway.

"I'm looking to travelling this year - Jamaica, Argentina and the US with my wife and six-month-old son, Lereko," he says.

"I enjoy travelling. If I could, I'd travel every two months. Even with my child, I'd like to take him around the world."

lAyeye starts on Vuzu Amp on Monday at 9pm.