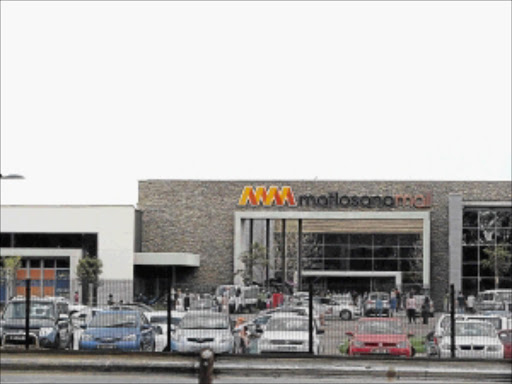 THE R30 road has won me over to become my favourite route on the platteland. It starts near the southwest end of the Olifantshoek Dam in southern Rustenburg and ends in Bloemfontein.

Last year, I took an adventurous drive down the R30 from Klerksdorp in North West to Theunissen in central Free State. This was the middle leg of the route..

Earlier this month, I was able to take on the road's first leg, from Rustenburg to Klerksdorp.

I am hoping a day will come soon when I can complete my journey with the final leg of this road, from Theunissen to Bloemfontein.

From the beginning, the route provides a feast for the eyes, carving through the Rooikloofspruit valley with low hills on the horizon.

The road for me is associated with a lot of symbolism linked to the colourful history of South Africa.

It also opens up the thorny issue of land ownership by white South Africans, especially in North West.

A kilometre after kilometre, there is no evidence of black ownership or organised life until one reaches the small township of Redirile in Derby.

Nothing much goes on at Derby, a small town of one supermarket, a bottlestore and a filling station.

It all looked depressed and lonesome, perhaps a drawback to its foundation history.

Derby, ironically named after a British royal, Lord Derby, was established to accommodate a small group of destitute whites in the late 19th century.

The town survives mainly on passing traffic (like the drinks and snacks I bought), while its civic affairs are managed by the Kgetlengrivier local municipality in Koster, some 16km away.

From the gloom of Derby, the solid R30 flaunts its beauty all the way to Ventersdorp, the town whose face has changed dramatically. The once stomping ground of the ultra-white group Afrikaner Weerstandsbeweging is now dominated by darker skins, including Nigerians and other African immigrants. There are also Chinese and other Asian traders.

Another big sign that things have changed in Kaizer Chiefs and Bafana Bafana goalkeeper Itumeleng Khune's hometown is that the central primary school in town is almost all-black.

I never got to know its original name, but Kgololosego (meaning freedom) Intermediate School stands proudly on the corner of Van Riebeeck and Voortrekker streets.

The return of the icon

Latest news about the town is that one of its icons, JB Marks, who died in exile in Russia, will be repatriated and reburied in Ventersdorp next month.

After a good rest and lunch, I proceeded on my southward drive down the R30. This stretch towards Klerksdorp revealed successful farming operations with secondary economic activities like manufacturing and packaging.

Then adjacent one of these farms, a tall marble memorial stood defiantly just inches from the road. Its message is a wife's tribute to a husband who died there.

I have seen such memorials all over the country, though of a makeshift kind. The question is who grants the permission for these roadside tributes: the local municipality or the magistrate?

Klerksdorp Dam, one of the main attractions in Matlosana City, rises just before the town. It offers picnicking, fishing, watersports and event hosting. But away from water bodies, Klerksdorp is largely a town of museums.

Naturally, there is Klerksdorp Museum, a former prison until 1973 that preserves the town's history and heritage. The railway station and town hall are also national monuments, while the stock exchange building represents the wealth of days gone by.

It is fascinating piece of history that Klerksdorp Stock Exchange closed down when the town began to lose its shine to Johannesburg.

At the time, Klerksdorp's gold mining was being impeded by dangerous deep shafts. Johannesburg pulled away its gold mining talent.

In recent years, Klerksdorp has made steady recovery as the capital of Matlosana, a municipality incorporating the towns of Stilfontein and Orkney.

New technology and investment from China are making gold mining viable again. The evidence being Klerksdorp's rapid expansion from a platteland dorpie to a regional city, more significantly so through the opening last month of the mighty Matlosana Mall.

With predicted economic growth of 5% by mid-next year, this erstwhile R30 dorpie - also Archbishop Desmond Tutu's birthplace - will never be the same again.