The issue of sex and pregnancy 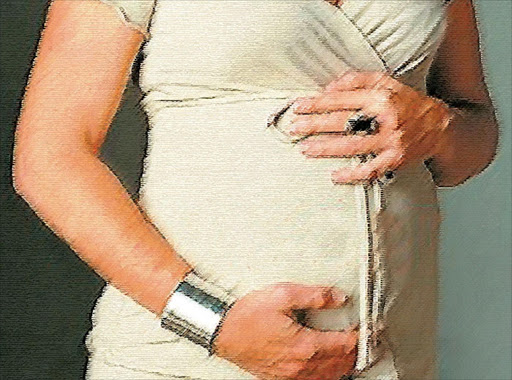 According to medical experts sex during pregnancy does not harm the foetus, so why do many still find it difficult?

Some couples who engage in sexual activity during pregnancy find it pleasurable but for others it’s a pain and not satisfactory.

SowetanLive did some research to find out whether couples like getting in between the sheets during pregnancy.

According to results many love making out when pregnant and call it the best time of their sexual lives as a couple.

Phumzile Mkhize is one of the pregnant women who had a great experience during pregnancy. She thinks men have a fear of hurting their child when their partner is pregnant.

“Sex when you’re pregnant is like heaven, when I was pregnant I used to crave it but some guys don’t like having sex with their partners while they are pregnant. They are scared they will hurt the baby,” she said.

Nandipha Budaza happily said she had pleasure until she gave birth and even learned how to orgasm.

“We engaged in it until the last day of my pregnancy and it was almost every day. I had never enjoyed sex that much before. It was then that I truly knew what orgasm is. I love sex during pregnancy,” she said.

Matthews Dinako enjoyed it more with his wife when pregnant than when not.

“Sex is good when expecting a child, I sometimes wish my wife could stay pregnant forever because the satisfaction we both get from making love is much nicer than when she is not expecting,” he said.

However there were also those who believed that engaging in such activities during pregnancy would only bring harm on the fragile baby.

Some of the poll respondents complained about the partner’s lack of interest in sex during pregnancy.

Elias Mhlophe’s wife did not want to have sex at all even after birth.

“My wife and I stayed long without having sex, when I asked she would tell me about the baby or that she is not in the mood,” he said.

“Even now after birth we are not engaging sexually, although our baby is three months old, I don’t know anymore I am tired and as a man I have needs.”

According to medical website, WebMD, “Penetration and intercourse’s movement won't harm the baby, who is protected by your abdomen and the uterus’ muscular walls.”

However couples are advised to avoid intercourse during the last phase of the pregnancy.

Your doctor may advise you not to have sex if you have any of the following types of high-risk pregnancy:

You're having vaginal bleeding, discharge, or cramping without a known cause

Your amniotic sac is leaking fluid or has ruptured membranes

Your cervix has opened too early in pregnancy

Your placenta is too low in the uterus (placenta previa)

You're expecting twins, triplets, or other "multiples"

Your thoughts on this matter?