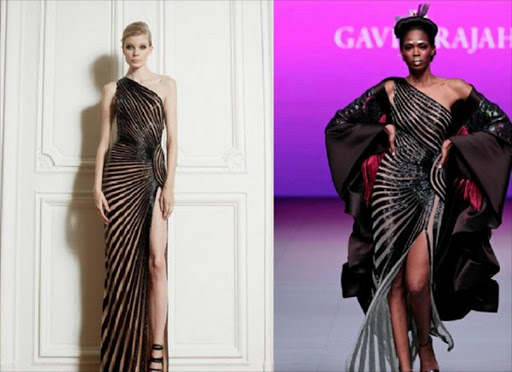 Local designer Gavin Rajah has been accused of copying the work of another designer.

Rajah has been criticised for allegedly duplicating the work of Lebanese designer Zuhair Murad's spring-summer 2013 collection.

The dress in questioned was revealed recently during the Cape Town Fashion Week as Rajah showed his latest collection.

Images of the two dresses have gone viral with many accusing the SA designer of stealing the Murad's idea.

''There are undeniable similarities between the dresses but also many differences, which the trained eye can see," Rajah told the Times newspaper yesterday.

Rajah also told the paper that he had never laid eyes on the design before, adding that copying someone's work would mean the end of his career.

''It would be brand suicide to do that intentionally," he said.