Trip Tips: Heading south for ski season in the Andes 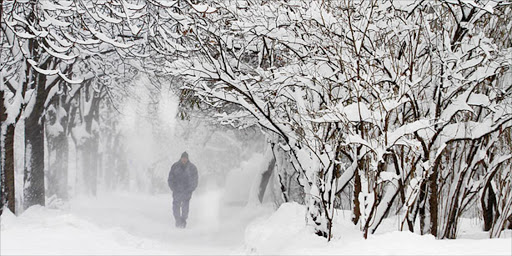 The Chilean and Argentine Andes are a long way to go for a ski vacation for most, but 2014 might be the year to make the trip way south as an expected "El Nino" weather pattern raises hopes of abundant powder.

Although not on the scale of the Alps or Rockies, an increasingly impressive string of Andean resorts host modern facilities, relatively uncrowded slopes, and high-quality ski schools.

The spectacular ridges and peaks of the Andes, the Western Hemisphere's highest mountain range, offer fabulous views, with the days often clear and sunny at some 2,000-3,000 meters (6,000 to 10,000 feet) above sea level. Great local food and wine seal the deal.

The ski season runs from June to October and high season is July and August, when the local schools are on holiday and the snow is usually at its best. If weather cooperates, September can be an excellent option for avoiding peak crowds and prices.

Here are tips for getting the most out of a ski or snowboard trip in the Andes from Reuters, whose 2,600 journalists in all parts of the world offer visitors the best local insights.

The most accessible of the Andes resorts are a linked trio near the Chilean capital Santiago - El Colorado, La Parva, and Valle Nevado. (www.elcolorado.cl) (www.laparva.cl) (www.vallenevado.com)

About an hour and a half drive from Santiago, all three are in day trip territory and can easily be tacked onto a city visit. Ski Total runs shuttles and rents equipment from its office in Santiago. (www.skitotal.cl)

Decent accommodation is also available near the slopes if you want to avoid the stomach-churning hairpin bends along the road to Santiago. Cosy Posada de Farellones is in the village of Farellones at the foot of El Colorado. (www.skifarellones.com)

Theoretically you could ski all three resorts in the same day, although multi-resort passes are pricey and most people find one enough for a day.

Valle Nevado is the pick of the bunch, with a wide variety of trails, high quality lifts, and often plentiful snow even when its neighbors are suffering. El Colorado is the busiest, closest to the city and with a large number of runs for beginners.

Further up in the mountains near the Argentine border and some 160 kilometers from Santiago lies Portillo, one of the oldest and perhaps best-known of the Andes resorts, with some world-class skiing.

Set in a picturesque bowl in the mountains alongside the deep green lake Laguna del Inca, Portillo has a good mix of 35 beginner, intermediate and seriously sheer expert runs, as well as plenty of off-piste, or back country, terrain. You may literally bump into ski stars here. It is used for training out of season by the U.S. and other international ski teams.

Portillo - at two hours from Santiago - can be done in one day, but many visitors elect to stay the week at Portillo's enormous family-friendly mustard yellow hotel. It's the only place in the area to sleep and with its renowned customer service, use of English and prices nearly as steep as its runs, it is aimed at foreigners rather than locals. (www.skiportillo.com)

On the other side of the Andes, Argentina has a number of well-established resorts. Anyone who has experienced Buenos Aires' renowned night life will not be surprised to find that the apres-ski is much more lively this side of the border.

Despite their distance from the capital, these spots are popular with Argentines and can get busy. Years of financial crisis have taken their toll on infrastructure, with lifts that have often seen better days.

But top-notch destination Las Lenas is famed among snow aficionados around the world for its dramatically steep terrain and breathtaking mountain backdrops.

Las Lenas, a five-hour drive from Mendoza, is served by a cluster of ski-in ski-out resort hotels. Get up early, while everyone else is recovering from the all-night parties, and you can have the slopes almost to yourself - as along as the lift operators are awake. (www.laslenas.com)

In the center of Argentina's wine region and replete with excellent vineyard-based hotels and restaurants, Mendoza itself is well worth some of your time. Award-winning Francis Mallman 1884 is considered one of Latin America's best places to dine. (www.1884restaurante.com.ar)

Farther south, Cerro Catedral is more accessible and less expensive than Las Lenas, with tree skiing (unusual in the Andes), and astonishing vistas over the national parks of the Argentine lake district.

The ski-centered village of Villa Catedral is right at the foot of the mountain, but some like to stay in the popular tourist town Bariloche, on the shores of sparkling lake Nahuel Huapi, 20 kilometers away.

Fancy skiing down an active volcano? Nevados de Chillan is a resort on the slopes of smoking Volcan Chillan, about 500 kilometers south of Santiago. All that seismic activity has bubbled up into a chain of hot springs that you can bathe in after a hard day on the slopes. (www.nevadosdechillan.com)

Ski Arpa is aimed at adventurous boarders and skiers who crave steep free riding on virgin powder. Far from the crowds and around 115 kilometers from Santiago, it uses snowcats rather than lifts. Guides and reservations in advance are obligatory. (www.skiarpa.com)

The world's most southerly ski resort is Cerro Castor in Argentina, so far south that despite being only a few hundred meters above sea level there's reliably enough snow to ski throughout the winter. It's found just outside the otherworldly Patagonian town of Ushuaia, a visitor attraction in its own right. Dress warmly - next stop, Antarctica.