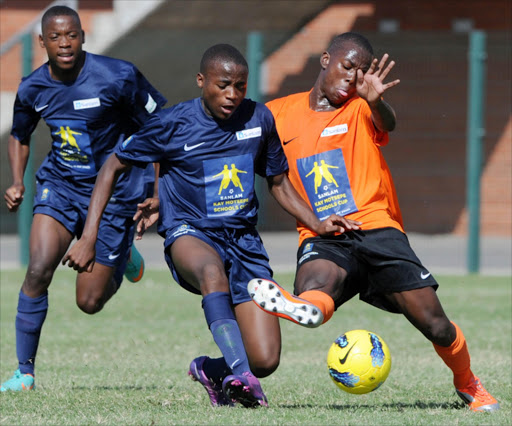 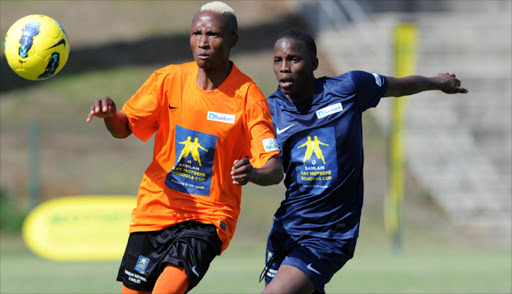 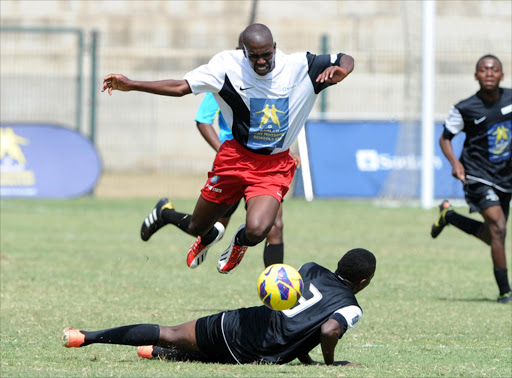 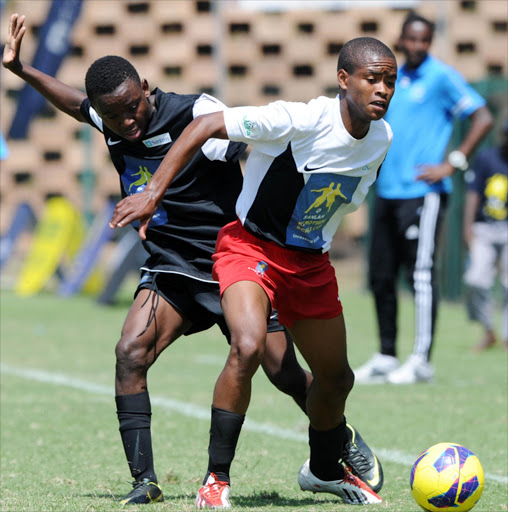 The final round robin games of the Sanlam Kay Motsepe took place at the King Zwelithini Stadium in Umlazi, Durban today with Rosina Sedibane, Louis Botha Technical College, and Clapham College topping their group. The play-offs will commence tomorrow.

For Gauteng’s Rosina Sedibane Modiba Sports School things are going according to plan.

“So far so good,” said coach, Tumelo Molabo, but he warns his team that more goals need to be scored if they wish to progress further.

“The team I brought this year is young and inexperienced, but have been playing together for a few years now so know each other well.  I can see them getting more and more confident as the days progress.  We ended our League matches by beating Welebasha (KZN) 5 – 0. The boys have shown a determination to win and they are not scared of any team.”

Rosina has not lost a game in the national finals to date and have scored 9 goals, conceding one goal against Executive Academy (EC).

The team Rosina is hoping to meet in the tournament is fellow provincial winners, Clapham, who have done exceptionally well this year.  “They beat us in the provincial final, but we are ready to redeem ourselves and they better watch out.  Last year we finished the Sanlam Kay Motsepe Schools Cup in fourth position and we want to take first position this year,” said Molabo, who admits that the fact that most of the players belong to the SuperSport United Academy also helps.

Key Player for Rosina this year is Thabo Mile, who has scored 2 goals for the school.  The 19 year old Grade 11 pupil has just rejoined the team after suffering a foot injury .  “I thought that I would not be able to adjust after my injury,” said Mile, “but surprisingly I adjusted and am happy with my performance and it proves that I am on form again.”

Mile joined the SuperSport United Academy in 2009 and is grateful for the opportunity offered to him and the time the club and school has spent on him to improve his football as well as help him get a better grasp on life.  “It is amazing how life works.  My father wanted my brother to progress with his soccer career, but he decided he didn’t want to make soccer his life.  My father has since died and I am the one that is progressing in soccer. It is a pity he can’t see me now.”

Gauteng’s Clapham High School finished top of Group B winning all their matches with an impressive 18 goals conceding only one, against rivals, Harmony (Free State).

Fixtures for the third day of play are still to be announced.