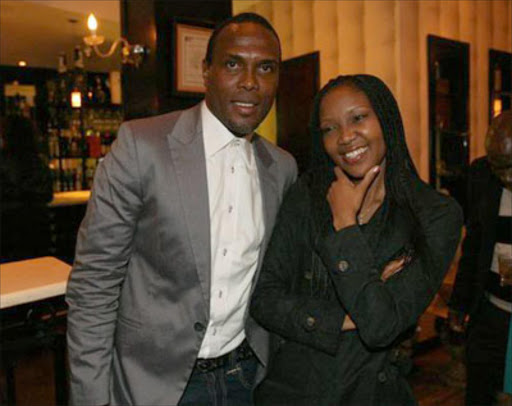 Actress Angelina Jolie's revelation last week that she underwent a preventative double mastectomy saw breast cancer take center stage one again. Siphelele Dludla spoke to Phungi Baloyi, who had part of one breast removed six years ago after being diagnosed with cancer

QUESTION: What are you busy with right now in your life?

ANSWER: I work in the finance industry as an administrator. On the activism front, I work with the Cancer Association of SA in my home town, Mafikeng, educating communities about breast cancer.

Q: How has breast cancer affected your life?

A: Initially it was a shock and stressful. But I would say it has changed my life for the better. I'm more aware of my surroundings and I enjoy life more than ever.

Q: Would you have considered doing a preventative mastectomy like Angelina Jolie had you known you would get breast cancer?

A: Definitely. I would have done it. But it's an expensive exercise, so it would have depended on affordability. I didn't have any genes that made me prone to breast cancer. If people consider it, I'd say they must do tests first.

Q: Jolie said her partner, Brad Pitt, gave her unconditional support. How would you describe the role of your husband of 12 years, former Bafana goalkeeper Brian Baloyi, through your ordeal?

A: Brian is part of the reason why I recovered quickly. After the mastectomy, my body had scars.

But he is very supportive. He researched and studied everything about this condition. He was there when I went to chemotherapy and all the other treatments.

Q: What is your preventative message to women?

A: Early detection is the key. Women need to take at least five minutes every month to self-examine their breasts. They should also know the symptoms. I felt a lump for three months, but did not know it was a symptom.

Lastly, they shouldn't say it won't happen to them. - dludlas@sowetan.co.za

DR Carol-Ann Benn, a specialist surgeon and breast disease specialist at the Breast Care Centre of Excellence at Netcare Milpark Hospital in Johannesburg, cautions women who have a genetic risk to breast cancer not to rush to have both their breasts removed as a way to prevent the disease

She said that it should only be discussed with women who consider themselves to be of high risk and careful consideration should be given to all the disadvantages of the procedure.

Benn said that the genetic mutation known as BRCA1, for which actress Angelina Jolie tested positive and left her with an exceedingly high risk of developing breast and ovarian cancer, is uncommon.

"Less than 10% of women with breast cancer have BRCA1 and another gene called BRCA2," she said.