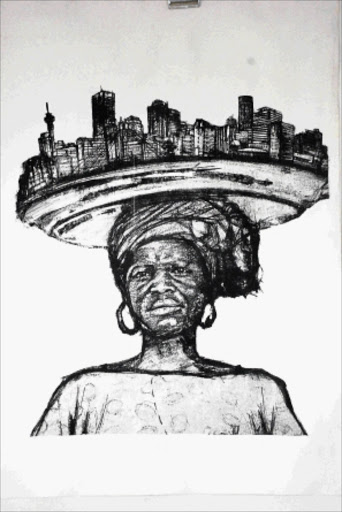 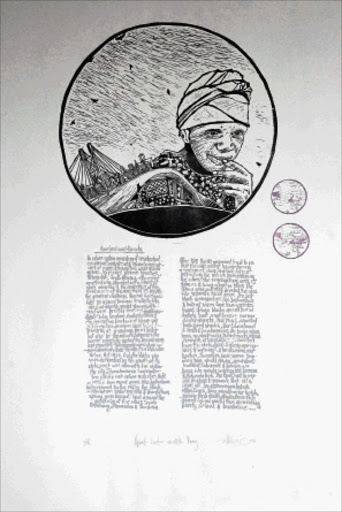 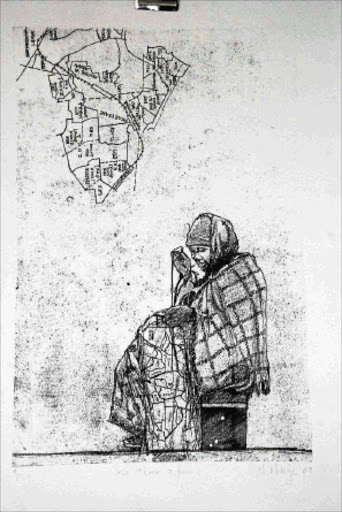 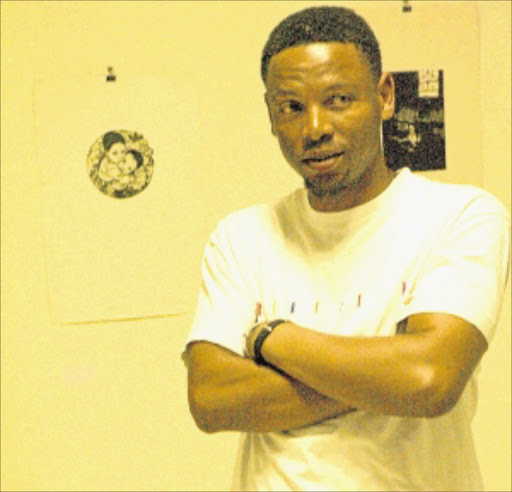 TOWNSHIP art was formerly known as the art of defiance, with black artists creating powerful images and drawings as part of their struggle against apartheid.

His current collection is being exhibited at the Nex Dor Restaurant on the historical Vilakazi Street in Orlando West.

He highlights the significance of women in society, focusing on female vendors who sell roasted mielies on street corners.

"In my experience, they make sure that there is a plate of food on the table. The strength and leadership they possess can be seen in the urban environment, the rural hinterlands and the neglected urban townships.

"The artwork focuses  on the lives of these women and is a tribute to the indispensable role they play in society."

Born and raised in Soweto, Mkhize says he draws inspiration from his environment and experiences.

"These pieces are my attempt to illuminate untold struggles to raise generation after generation in our communities."

In one piece, titled Jovendor, Mkhize portrays a woman carrying the Johannesburg skyline on her head like a mielie vendor would carry a brazier. This work is being sold for R5000 and is Mkhize's most expensive yet.

Throughout his artistic career, he says, he has applied the skill of keeping it simple.

His black-and-white collection was created five years ago, using the print-making process. Mkhize is also a multimedia designer and graffiti artist.

Other projects he has been part of include graffiti branding at the Soweto Theatre and playing a role in developing artists in a non-governmental organisation based in Soweto called Kgantsa ho Kganye.

"Getting into good art institutions is difficult and the financial struggles of artists are a problem. Nonetheless, we manage, at least there is a cycle of trade," he says.

Mthembu's work is a storyline of black commuters on a train, while Cele expresses personal feelings about his biological grandfather who abandoned his family, leaving them with only his run-down old cars. This collection portrays these cars which, Cele says, his grandfather adored so much.

Ntshabele deals with urbanisation. His work, though not based on township life, simply shows people on the city outskirts going about their daily business.

The exhibition is a stepping stone for developing visual artists in Soweto by Mashumi Art Projects (MAP), a brainchild of artist Zanele Mashumi "to start a movement of bringing art to the township".

"MAP was inspired by unknown developing artists who were looking for recognition but were not given the chance.

"We help them with exposure, sell their work and most importantly encourage the idea that art has possibilities," said Mashumi.

The exhibition is open until April 20.