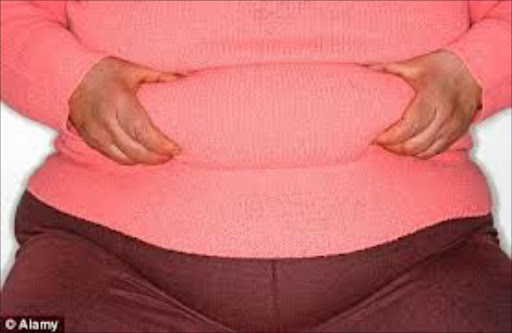 "Obesity is linked to a number of lifestyle diseases such as diabetes mellitus and heart disease, both of which are among the top 10 causes of death in South Africa."

Almost one third of black South African women are obese, the SA Institute of Race Relations (SAIRR) said on Monday.

"Coloured, white, and Indian women follow closely, with around a quarter being obese," the institute's South Africa Survey shows.

In contrast, 18 percent of all white men are obese, followed by nine percent of Indian, eight percent of coloured, and six percent of black men.

The figures were obtained from the SA Medical Research Council.

The figures are based on Body Mass Index (BMI), calculated using a person's weight and height.

A person is obese if their BMI exceeds 30.

The SAIRR commented: "According to the World Health Organisation (WHO) obesity was previously associated with high-income countries, but is gaining prevalence in low- and middle-income countries."

Lerato Moloi of the institute's research department said: "Obesity is linked to a number of lifestyle diseases such as diabetes mellitus and heart disease, both of which are among the top 10 causes of death in South Africa."

Between 2004 and 2009 the numbers of people who died from diabetes mellitus and certain forms of heart disease increased 21 percent and 11 percent respectively, according to data contained in the institute's survey.

The WHO estimates that globally approximately 2.8 million people die every year as a result of being overweight or obese.

Last week Linda Fried, dean of the Mailman School of Public Health at Columbia, told the World Economic Forum at Davos that in another 20 years, 50 to 60 percent of the world's population could be overweight, according to an Agence France Presse report.

Experts addressing a panel on the subject said the first step was to stop blaming the obese themselves, and to examine the easy availability of cheaper, high calorie foods, increasing urbanisation and an "inactivity crisis".