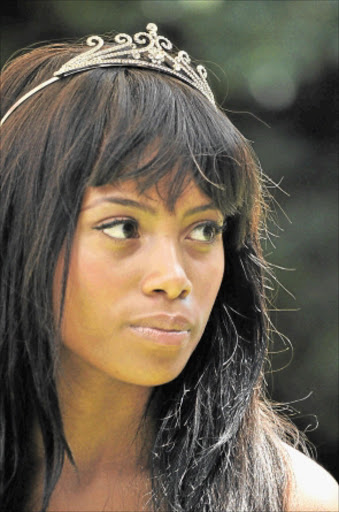 Reigning Miss Teen Celeste Khumalo of Sandton, Johannesburg, will attend the Miss SA pageant as the last winner of the now-defunct event

The annual Miss SA Teen pageant has been cancelled owing to financial difficulties.

The pageant - which used to be held alongside the premier event Miss South Africa competition - has been struggling to attract sponsors.

Sun International spokeswoman Sue Klerck said the decision to cancel the pageant had not been taken lightly and had been on the cards for a while.

"The reason for the move was to streamline costs and the available resources into one major event," Klerck explained.

"Every teen aspires to be Miss South Africa, so the age limit for the premier event was lowered to 18 to attract entries from the younger market."

Meanwhile, reigning Miss Teen Celeste Khumalo of Sandton, Johannesburg, will attend the Miss SA pageant as the last winner of the now defunct teen show. The event will be held at Sun City on December 9.

Away from the glare, the enterprising Khumalo got three Matric distinctions last year and was given sponsorship by Varsity College.

The Miss SA Teen pageant has been a career launching pad for previous winners - some of whom have gone on to become television personalities.

These include Phuthi Khomo, who has acted in several dramas and Zizo Beda, who is with teen variety show Selimathunzi.

The youngest person to win the pageant was 14-year-old Mikaela Oosthuizen of Port Elizabeth, in 2010.