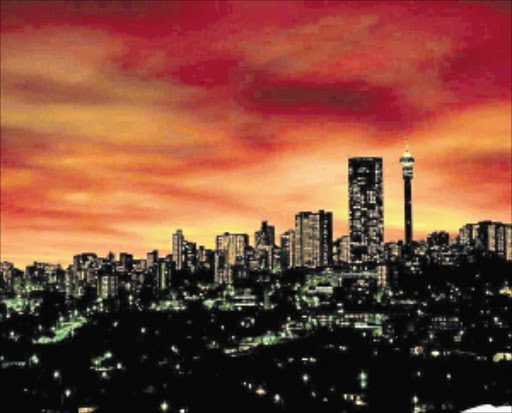 The largest city in South Africa, Johannesburg, is also the wealthiest and, without doubt, the economic powerhouse of Africa.

Johannesburg is a booming, happening city and the emphasis is on making money - whether in business or on the streets - and has been since its early beginnings, when the world's richest gold fields were discovered in Johannesburg during the 1880s.

To the first-time visitor Johannesburg, or Jozi as it's more commonly known, can be a little daunting, more so because of the misrepresentation by the media of Johannesburg as something of a war zone. There is crime; you do need to keep your wits about you, but once the Jozi vibe bites, you'll want to return.

The Johannesburg inner city, abandoned by an exodus of big business that transferred to Sandton and, until recently, avoided by all except die-hard tourists, is undergoing a complete regeneration.

The area close to City Hall and Newtown Cultural Precinct, which has completely transformed the Market Theatre and surrounds, now forms the heart of urban revival.

But it's the sprawl of the leafy northern suburbs - there are over six million trees in Johannesburg - that draws the visitor: buzzing, trendy suburbs like Parktown and Norwood, with their restaurant-lined avenues that cater for food-lovers and those who appreciate décor, the high street of Greenside that so easily dons the mantle of hip chic; fashionable Melville and the sprawling malls of Sandton.

There are a number of parks and nature reserves, like Emmarentia Dam and the Walter Sisulu National Botanical Garden, that are worth a visit.

The Magaliesberg is just on your doorstep, and you're extremely well-placed for adventures a little further afield, like the Kruger National Park and the game parks of the Lowveld.