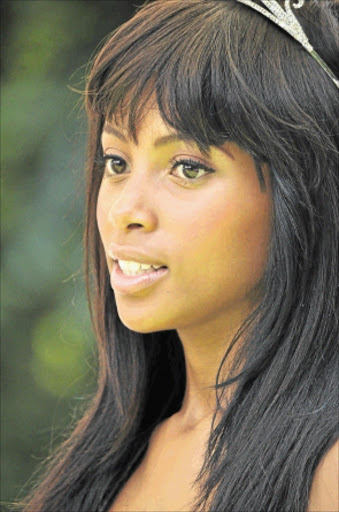 Celeste told Sowetan that since she was crowned Miss SA Teen she had been unable to do any other work associated with companies that did not sponsor Miss SA Teen.

Celeste also claimed that she was not getting enough media attention because she is well-behaved and not involved in any scandals.

"I'm too clean for the media. Because I'm associated with Miss Teen some people view me as a 15-year-old, but I'm 20.

"I need exposure to get other opportunities. I would like to grow beyond just being Miss SA Teen," said Celeste, who is studying corporate communications at Varsity College as part of her Miss Teen prize.

She said her other dream was to be a model and to appear on TV.

Her mother, Nomsa, who is also her manager, said Celeste felt she did not have the freedom to explore her other interests because of the title.

"This is very frustrating for her. She is a very hard-working person," she said.

"Before being crowned Miss SA Teen she did other things. This is sad because, unlike Miss SA, who is paid a monthly salary, she does not get anything. She is used to working for herself."