Tattoo artist had a passion for the arts from her childhood 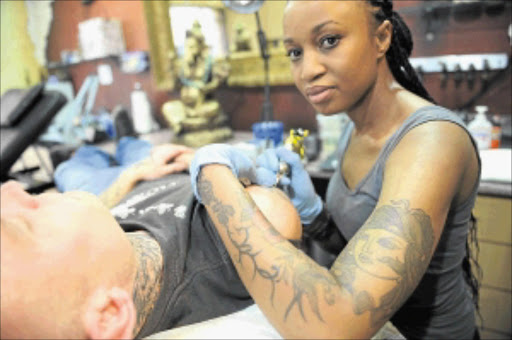 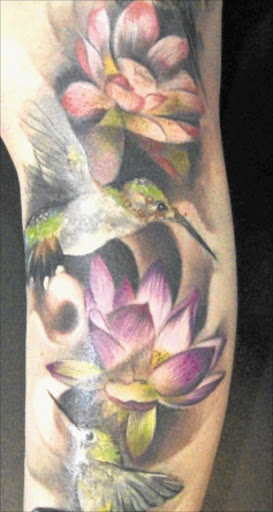 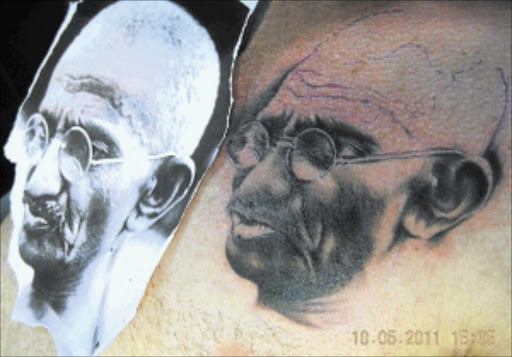 THE world of body ink - widely referred to as tattoos or tattooing - is not for the faint-hearted.

What starts out initially as painful, or constant agonising drilling, or "needlework" may bring the fulfilling results of a work of art. But who in their right mind would do such a seemingly gruelling job, let alone a black female?

Meet Ethel Laka, a tattoo artist from Benoni. She is one of the very few, a rare breed, if you will, in South Africa, that finding her was indeed a mission.

After countless calls to many tattoo studios nationwide, Laka's name came up.

Each different person seems to have one verdict about her prowess, which is that: "She is a very talented tattoo artist."

Laka has been working at Anime Mundi for only four years, but she has successfully created a great clientele list in what she calls a "conservative community".

"People here usually get portrait tattoos to remember their loved ones who've passed on," she says.

Half of her own left arm is covered in tattoos of flowers, Gypsy writings and a heart and lock chain. "I don't really have a reason for my tattoos," she says, almost absent-mindedly.

"I just love to express myself artistically. I want to do my whole body, but I hardly get time to do so, with all the clients we get.

"People have shifted their mind-set from thinking of tattoos as a thing for bikers or gangsters," said Laka.

On how many other black female tattoo artists she knew, Laka says not many. "Very few and mostly in the townships," she says. "Setting up a studio is quite expensive, and most people in the townships resort to mobile set-ups, which are more affordable, but usually not very hygienic, therefore, these businesses usually end up collapsing."

Her passion for the arts was groomed by her mother, since her early years. " My mother is a nursery school teacher. So I would always paint and draw boards and placards for her nursery."

At high school she decided to pursue her interest in Fine Arts at the Proarte Alphen Park in Pretoria. After matriculating, she studied for a diploma in health and skincare.However, after graduating she found herself wanting to explore a career in permanent make-up.

She then met Kevin Brown, a tattoo artist from Yeoville, Johannesburg, who taught her how to "ink." She spent six years working under his wing at the Kevin Kustom Tattoo Studio at Cresta Mall.