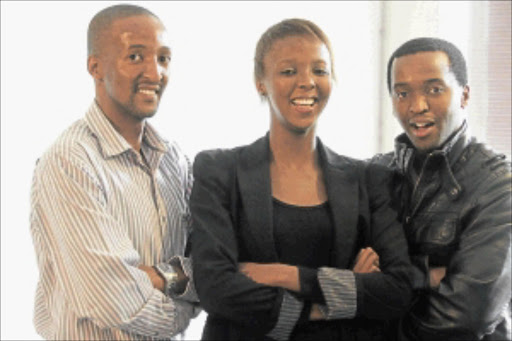 SHE started her career as a KTV presenter back in the day, but filmmaker Rethabile Ramaphakela, 25, is gradually and quietly making a name for herself.

Armed with a degree in filmmaking, Rethabile co-owns the business with her brothers, Tshepo and Katleho, who are also in the acting industry.

They produce My Perfect Family, a television sitcom on SABC1.

After a successful 13-episode run the siblings are hard at work in their studio with scriptwriting as the shooting of the series' second season begins in October.

The sitcom boasts a great cast that includes Baby Cele and Lilian Dube. It's a show about a dysfunctional family in Diepkloof Extension, Soweto. It centres on a 10-year-old boy whose parents have divorced and he is trying to get them back together.

The youngster is played by 12-year-old Lethabo Gumede.

Ramaphakela has continued to focus on writing and making short films like Goodbye Thokoza, her memoir of the wars in Thokoza in the 80s.

She was also ro ped in to play a cameo role in The Bang Bang Club , an international movie that documented the warfare through the lenses of local photographers .

She recently received a Tag award for her efforts in an advert she directed. Part of the prize included attending the Cannes Film Festival in Nice.

"I have always wanted to go to the Cannes Festival. It was so exciting and I made lots of contacts while I was there," Ramaphakela said.

She said the most rewarding aspect of creating her short films has been the opportunity to edit the pieces herself.

Her company is involved with Afrokaans, a film and TV production company: "We are passionate about making TV and it is always great to be able to collaborate with other people and companies on ideas."