Chaka Chaka on a crusade 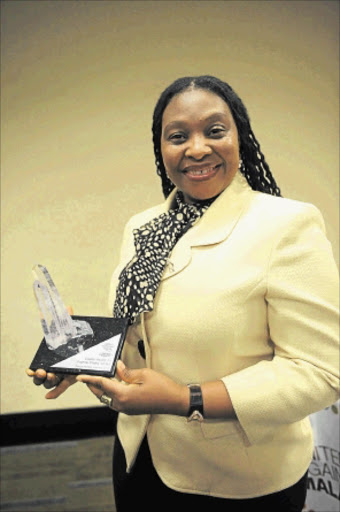 Chaka Chaka had just landed in Johannesburg from Switzerland - where she received the World Economic Forum (WEF) Crystal Award for humanitarian services, especially in the area of Malaria community awareness, education, treatment and prevention campaigns though tearful and still managed a jovial front when she addressed journalists.

"I am very grateful for the award," she said.

"It means someone has been watching while I travelled for eight years, educating the people and the WEF, though tackling a lot of other social issues - including child trafficking, education and health.

"When I started on this journey, I was amazed by the fact that Malaria was treatable and curable, and yet it kills faster than HIV-Aids. That means there is still a lot of work to be done," she said.

"Men, children and women are dying of treatable and preventable diseases ."

After receiving the award more than a week ago Chaka Chaka went on a goodwill crusade to seek global anti-malaria support from like-minded individuals and groups in Geneva, Switzerland, Paris in France, Dublin in Ireland and London.

Before flying to Davos Chaka Chaka spoke to Sowetan about the award.

"I feel honoured to be recognised for contributions to fighting malaria," she said.

"I know many world stars have been recipients of this honour. I am happy that I am the first African woman to win it."

Born in Dobsonville, Soweto, Chaka Chaka has released 22 albums during her music career.

The well-travelled musician said when she returned she would release her 23rd album.

They recorded and released a single called Proud to Be for Interpol, aimed at rasing awareness about the dangers of fake medicines.

The legendary songbird has also released a documentary film, A Motherland Tour - A Journey of African Women.

She became involved in the malaria campaign after one of her back-up singers, Phumzile Ntuli, died of malaria in 2004.