A new take on history 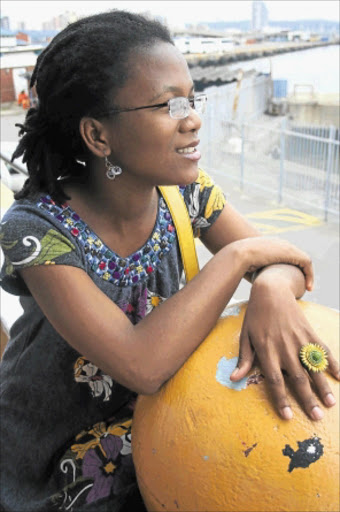 WITH her latest exhibition art curator Nontobeko Ntombela examines the role of history, memory and archiving in the positioning of late artist Gladys Mgudlandlu in public.

Titled A Fragile Archive, the exhibitions opened at the Johannesburg Art Gallery yesterday.

The exhibition is the result of two years of research that Ntombela did as part of her master's studies.

She says the exhibition is centered on an installation that re-stages Mgudlandlu's first exhibition in 1961, and also includes works of women artists selected from public collections.

Mgudlandlu was born in Eastern Cape in 1925. She became a teacher and practised art at night.

She was a remarkable person, overcoming the obvious limitations of her circumstances to emerge as an artist of eminence.

The exhibition will also feature works by Valerie Desmore, who exhibited her works in 1943.

Ntombela's focus on the two female artists exposes the inconsistencies of the written history.

She believes history is not fixed.

"With Mgudlandlu I will exhibit most of the works that were displayed in her first exhibition in Cape Town. I am not trying to replicate what happened then through the exhibition.

"t is just to remind people of the importance of archiving and memory," says Ntombela, who was born in 1982 in Empangeni.

According to the history books Mgudlandlu's first exhibition was in 1961 in some boardroom.

It further suggests that she was the first woman to exhibit works of art.

But there are there are people like Desmore who preceded her.

She explains: "I have discovered that Valerie exhibited in 1943 - 18 years ahead of Mgudlandlu - yet she is not celebrated.

"Her history is simply not recorded.

"She is the question mark in the whole thing. Though Desmore's work precedes Mgudlandlu's, it was shown in South Africa in the late 1990s."

Ntombela says the challenge of hosting such exhibitions is that one struggles to get hold of most of the works.

"We could not find the art works," she says.

"Those that were traceable are mostly in a bad state because of the way they were stored."