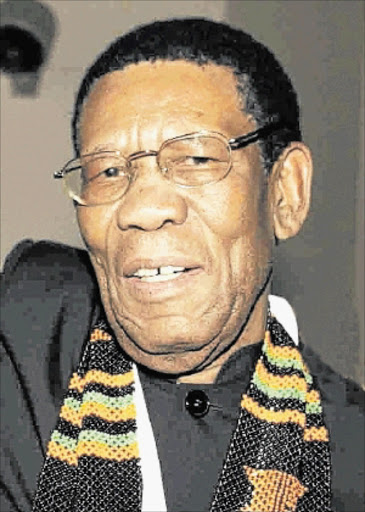 MANY BOOKS: Motsoko Pheko will share his knowledge on literature.

Freedom fighter and author Motsoko Pheko will share his literary world at the open session of the Miriam Tlali Reading and Book Club at the African Literature Bookshop in Orange Grove, Johannesburg, tomorrow at 2pm.

The popular club is a legacy programme of the South African Literary Awards (Sala).

It is named after and in honour of author Miriam Tlali.

An exciting session for children will be conducted by tutor Jacki Ngidi, while the adults will share in former Pan Africanist Congress of Azania president Pheko's literary world.

Pheko's works includeHow Africans Can Regain Their Lost Power, Land Is Money And Power, Who Are The Africans? The History of Robben Island Must Be Preserved and The History of Sharpeville Must Be Told.

The teenage and children's programmes will include storytelling, book reading, poetry and a smorgasbord of play activities.

These exciting activities will be facilitated by Marcia Tladi and Jackie Ngidi.

Sindiswa Seakhoa, who is a convener of the Sala legacy programme's reading and book clubs, said this week: "Joining us to celebrate the end-of-year session is the Tsebe Reading and Book Club, which was established by the wRite associates in July 2011 as part of the Mandela International Day.

The club, based in Ga-Tsebe village, Tshwane, is also a legacy programme of the SA Literary Awards.

"We appeal to all parents to bring their children along to absorb literary culture," Seakhoa said.

"Everyone is invited to participate in the session and the best part is that entry is free."

For more about the SA Literary Awards, you can visit www.sala.org.za

Project managers wRite Associates said this week that in selecting the winning submissions the adjudication panel based its choice on language and style, literary merit, appeal in terms of being South African, universal and transcending time, enhancing social cohesion and promoting nation building and creativity and in the appropriate application of writing skills.

Gomolemo Mokae, chairman of the adjudicators' panel, said the adjudication process was comprehensive and had been underpinned by robust debate among the panelists.

This had been prompted by the quality of submissions and the diverse range of entries.

Zodwa Motsa, chairman of the Sala advisory board, explained the process the adjudicators used when choosing the best writers.

She said: "Adjudicators are not fixated on their own preferences.

"Ours is a fair, honest and engaging process in which we look at all the literary works objectively.

We also reward innovation of those writers breaking new ground."

Project director Morakabe Seakhoa said the awards were a complementary facet of initiatives that promoted the culture of reading, writing and learning.

"Ours is a fair, honest and engaging process in which we look at all the literary works objectively. We also reward innovation of those writers breaking new ground."