Table Mountain still time to be a winner 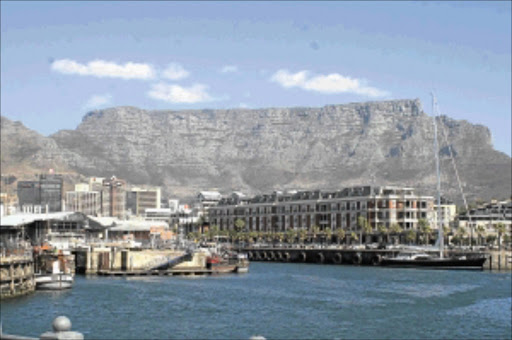 WESTERN Cape economic development and tourism MEC Alan Winde decided to paraglide off Cape Town's Signal Hill yesterday in a last attempt to get people to vote for Table Mountain in the New Seven Wonders of Nature campaign.

"Should Table Mountain become one of the New Seven Wonders of Nature, there will be a significant economic and tourism impact for the province. We need the full support of all South Africans to make the final list," Winde's office said.

Table Mountain failed to make it to the top 10 list. People have until Friday to vote in the competition, which closes on Friday.

Table Mountain Aerial Cableway Company spokeswoman Sabine Lehman said they were disappointed the mountain was not among the top contenders, but this should not discourage people from voting.

Campaign spokesman Eamonn Fitzgerald said there was a lot of room for changes and that people should not take the list as the final result.

"In our first campaign for the Man-made Wonders of the World, many changes took place in the final week and days, so the top 10 we have announced will certainly change. With millions of votes still set to come in, finalists not in today's top 10 could yet make it to the chosen seven," Fitzgerald said.