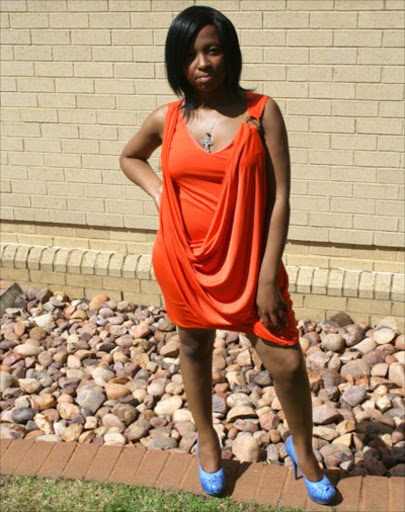 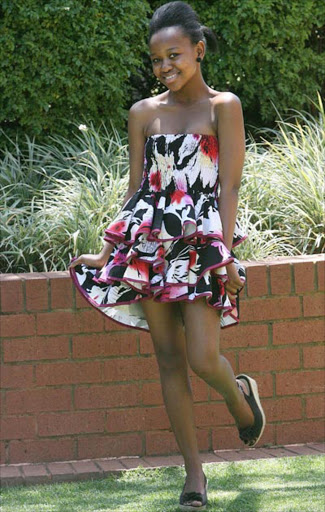 Two ecstatic matriculants walked away with matric dance dresses last week. Kamohelo Monanyi had decided that the dress sponsored by Pam Andrews was the one for her..

But, that's not all, as due to the financial situation at home, it's difficult for the mother of this matriculant to make ends meet, let alone find shoes to also go with the dress that would make Kamohelo's night a one to remember. So we've decided to give her a shoe voucher to the value of R1000, courtesy of Spitz.

The teary eyed matriculant was really appreciative of this generous gesture. When asked what she thought of winning, she said " I am really, really excited. At first when you called me and told me that I had won a dress, I thought it was a prank. When I realised that that you guys were serious, I was in a ball of tears as this came at just the right time.

Kamohelo's mother, Martha said that, her daughter is "such a hard-working individual at school, she really deserves this - and especially since with my job being so difficult to even pay the bills, SowetanLIVE really came through for us." Thank you SowetanLIVE, says Kamohelo and mom - and thanks a million to Pam Andrews and Spitz.

The second recipient for this week was Thabile Mavundla who walked away with a stunning orange dress which she fell in love with the moment she laid eyes on it.. and a gorgeous pair of shoes sponsored by Penny Lebyane.

Thabile says "It's a dream come true, I never thought I'd win a dress, but luckily I did. I am so excited! Thank you Sowetan."

Thank you to all. Good luck to all matriculants for their matric dance, and for their upcoming exams.