By TRAVEL AND LEISURE, with Edward Tsumele 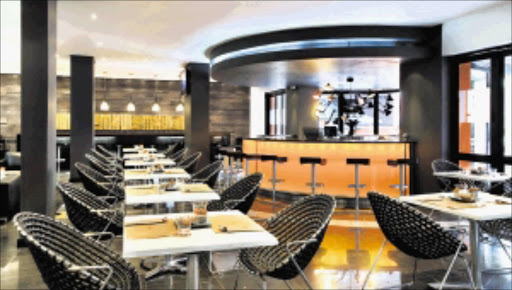 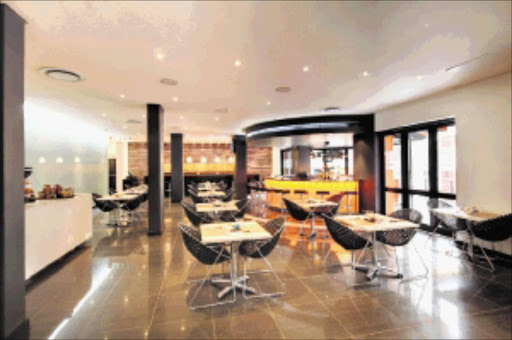 Bustling by day, trendy by night

THE story of Braamfontein's rejuvenation has hogged the spotlight over the past two years.

People's living space and comfortable offices that exist side by side during the daytime are an endearing feature. For example, Braamfontein is home to what is fast turning out to be a fashion district on Juta Street, where well-known fashion designer David Tlale, among others, has relocated to. It is also home to two art galleries: Michael Stevenson and Afronova galleries; as well as being the location of a leading advertising agency.

Then you have the world-famous University of the Witwatersrand, while famous choreographer PJ Sabhaga has a dance studio at University Corner.

The story of Braamfontein during the day is however well known and has been widely spoken about.

Then what about its night life?

I recently spent an evening in Braamfontein. I am a person who has spent most of his quality time over the years in other trendy areas in Johannesburg, having a meal, a drink, or simply chatting to friends about this and that, or simply observing people and things as the night passes by.

Many of us have spent time in restaurants in Sandton, Rosebank, Newtown, Melville, Parkhurst, Midrand, Fourways, Yeoville, Norwood, Soweto, you name it.

But wining and dining in Braamfontein? The place, just like other spots in the inner-city in the not too recent past, was an area to avoid at all costs due to a number of reasons.

The reasons among them, ranged from the perception about crime, the city's deterioration and quite simply, the lack of modern, enticing places to chill at night, such as good eateries and hotels.

That is now something of the past.

On my recent tour of Braamfontein, thanks to Lamunu Hotel on De Korte Street, which hosted a group of journalists (to showcase the changing face of the area), it seemed like a whole new world had opened up in that neck of the woods. The place was a hive of activity. Braamfontein is not only clean and relatively safe (I must admit though that at first I hesitated to walk in the streets in the night even though the hosts assured me of my safety), but it has some of the best facilities at one's disposal when on your entertainment sorties at night.

There are a number of good restaurants open until late at night, that are always filled with patrons; it has two theatres that regularly feature shows, one of them the Alexander Theatre, which is situated a stone's throw from the Joburg Theatre.

It connects to Newtown via the world famous Mandela Bridge.

Braamfontein also has quite a number of nightclubs.

A trendy spot which is used for launching products and projects is the Randlord, which has one of the most beautiful views of Johannesburg at night; as well as the inner-city and the northern suburbs. The point is, the Jo'burg CBD, Braamfontein and Newtown nodes have been undergoing a huge transformation over the past few years.

Developers like Olitzki Property Holdings, South Point and Johannesburg Land Company have contributed to this.

The nodes are very good in terms of accessibility to other areas, with regards to highways, rail and bus transport.

In October 2004, an area measuring 18km² was designated as an Urban Development Zone (UDZ) for the City of Johannesburg. It stretches roughly east-west from Fordsburg to Jeppestown and north-south from Bellevue to the M2.

It includes the inner-city zones of Newtown, Braamfontein, Hillbrow, Yeoville, Troyville and Doornfontein, as well as the Johannesburg CBD, Selby, Marshalltown and Ferreirasdorp, City and Suburban, Fairview and Benrose.

This inner-city UDZ has contributed R8-billion to Johannesburg's CBD.

But what could this node offer me in terms of its nightlife?

In reality, I had learnt that Braamfontein offered to people like me more than our narrow interest of what a good night life represents.

Hotel Lamunu's walking tour packages in the heart of the inner city was launched earlier this year. Launched in partnership with tour company PAST Experiences, the packages included tours on foot of Braamfontein, Newtown and the Jozi CBD. The attractions are varied, including The Origins Centre, Constitutional Hill and the Johannesburg Art Gallery, among others.

"Hotel Lamunu is uniquely positioned to offer the slightly more adventurous traveller a truly authentic Jozi experience complete with the energy and vibrancy of the city all at an affordable price," said general manager Carmen Graham. Packages include overnight accommodation in the chic Hotel Lamunu as well as breakfast.

She said the tours provided one the opportunity to travel on the Rea Vaya BRT line, passing through the most interesting parts of the city.