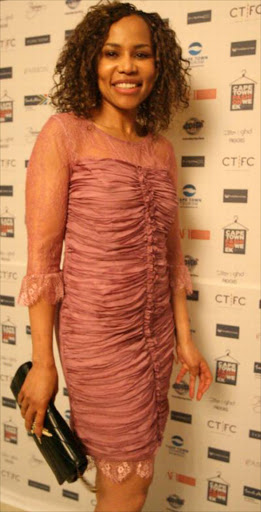 This is after the famous plastic surgeon told an audience that South African women were "in a sexy struggle".

Rey, who spoiled an otherwise good show with his comments,  said he was bringing sexy to South Africa.

"For a long time South African women have been in a struggle, a sexy struggle. Well you don't have to struggle anymore. I am bringing sexy back to South Africa," he said.  This left some annoyed audience members murmuring.

The  lingerie line, House Of Rey, that also has a  swim wear range, was designed by his wife who at the end of the show came on stage in a bra and jeans. She was accompanied by her daughter. His  controversial show ended with a passionate kiss.

The lingerie line is not the only thing that Rey was here to promote. He also took the opportunity to promote his skin care range, Sensual Solution.

The show, that was filled to capacity, attracted fashion snobs, celebrities and rugby players.

The show was attended by Kimora Lee Simmons. Simmons, who has lost a lot of weight, came with  her husband Djimon Hounsou.   Also in the audience was Cape Town mayoress  Patricia de Lille.

As usual Dax Marten did not disappoint. His  sexy lingerie and beach wear wowed the audience.

Carducci also made a good impression with a classy collection inspired by the1978 era.