Injured Zola Nombona hangs in there 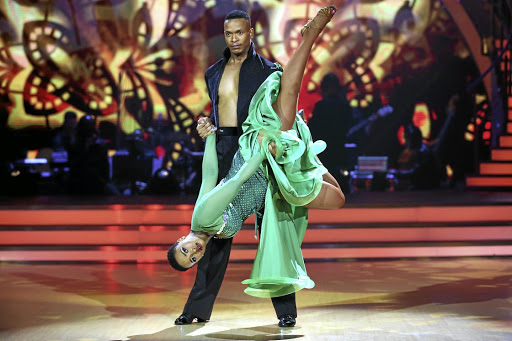 The future of TV actress Zola Nombona on Dancing With The Stars looks bleak following an ankle injury.

The talented Nombona, who is a fan favourite on the TV dance show, and her partner Tebogo Mashilo did not perform during Sunday's live show following the injury which she sustained during rehearsals.

"I'm alright, I'm just dealing with the pain. I can't tell at the moment if I will be able to perform next week. I will have to hear from the doctor with the scan results as to what will happen now," Nombona said.

Nombona added that she had been struggling with discomfort and a swollen ankle since last week as she was preparing for this week's rumba performance.

The sexy starlet was deemed unfit to perform by a medical practitioner hours before the show kicked off on Sunday.

"My ankle has been giving me issues since last week, but I've been trying to push through because I've put so much hard work into my dance."

Fast learner but not getting carried away.
Entertainment
4 years ago

According to the rules of the series as set out by BBC Worldwide, a contestant may miss one show due to injury as determined by the approved medical practitioner on the series. A contestant is only allowed to miss one show in a series.

"If I don't recover I am obviously going to bow out of the competition, because this is still a show; I can't be unfair on other contestants as these are the rules.

"I have been surprising myself because I have never been in such a situation; I have been learning a lot about my body and what it can do," she said.

The remaining six celebrities performed on Sunday night and saw actress Juanita de Villiers and her partner Johan Dippenaar being booted off the show.

"This was such an amazing journey," De Villiers said after the shock exit revelation.

"And I can't thank everybody enough. Every single hour and day with Johan was wonderful," she said.