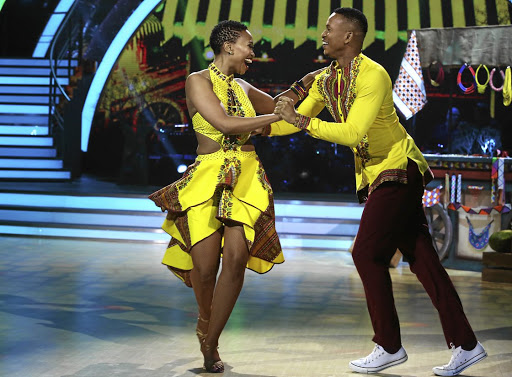 TV and stage actress Zola Nombona says participating in the television show Dancing with the Stars SA has broadened her horizons.

Nombona has proved to be a high flying scorer on the dance floor, pleasing both judges and TV viewers.

The TV star from Eastern Cape is excited about how she's taken to dance like a duck to water, and tops the log most of the time. She, however, refuses to get carried away.

"I don't want to celebrate yet because such competitions, where results rely on both judges and audience, are tricky. It is basically anyone's game. But I am happy about my progress so far," she said.

Nombona says her body has adjusted to the routine, even her feet were getting used to the dancing shoes.

She says she has been pushing herself hard.

"Being part of the competition made me realise that I can do anything if I put my mind to it. Once you get used to it, you begin to enjoy yourself."

Despite enjoying the dancing, Nombona believes that the rehearsals and the competition are spiritually and mentally draining.

The dancers rehearse about six to eight hours a day. She says her challenge so far has been to learn the technique and discipline so fast.

"I'm a fast learner, but the tricky part is getting the technique right. ."

Nombona would like to continue learning isibhujwa dance in her own spare time. She says her favourite dance routine was jive. "It is difficult but I enjoyed it."