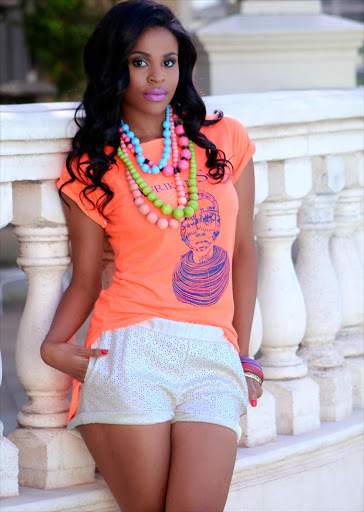 When her journey in Big brother Mzansi as third finalist ended, Cliff Central radio unlocked doors for Kitty Kat in the entertainment industry as a radio presenter.

“Life has been amazing after the show, I joined Cliff Central Radio and now co-host a show titled #the60 with Arye Kellman.”

Kat, from Mondeo is thrilled about her show and says she has been learning a lot since moving into radio.

She has inspirations of making it into bigger radio stations in the future.

“I found my passion and I love it, mostly I am learning so much,” she says.

“I have hopes of one day making it into radio stations like Metro FM some day, that’s why I am taking my radio career seriously and learning more about my field.”

However this is not the only highlight of the 23 year old’s life; she is one of SowetanLive’s 2015 Mzansi’s sexiest finalists.

This beauty says she giggles at the thought of being sexy.

“This brings laughter, never in my dreams would I have thought of me in that light, I only knew about Mzansi's Sexiest when Boity won.”

Kats definition of sexy is as follows: “It means having an aura. It’s not about looks, your soul and personality should speak to me.”

With that definition she titles Pirates Soccer Player Lehlohonolo Majoro as sexy.

“He has sexy in him, he was born with it,” she says

Within women in the Mzansi’s Sexiest list Amanda Du Pont is her sexiest.

As a huge fan of AKA she wishes he was part of the hot looking men vying for the SowetanLive’s title.

“I love everything about AKA his voice is sexy. I am a fan.

A rude attitude is a big turn off for Kat.

“A person who has a rude demeanour and if you don’t take care of yourself you lose the sexiness.”

Katlego has been nominated as one of the sexiest women in South Africa.

Click here to vote for her to be Mzansi's Sexiest 2015