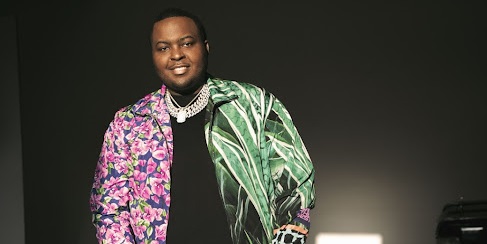 After nine years of radio silence from one of America's most loved afrobeat musos, Sean Kingston has made his return with new music.

The much-needed comeback sees the Jamaican-American singer and songwriter release his latest single Ocean Drive featuring Chris Brown, a collaboration that was last witnessed almost a decade ago when the pair joined forces on the song Beat It in 2013.

This release was preceded by his first single titled Rihanna (Umbrella), released a month ago, which will be followed by his EP ‘Road to Deliverance’ leading to his fourth studio album Deliverance.

In this new chapter of music, as he calls it, Sean Kingston gears up to share all that he has gone through in the past few years, from some of the questionable decisions to his near-death experience in a jet ski accident in 2011.

The accident led him to be out of the industry for two years, including being entangled in bad contracts, bad management and a lot of industry politics that led to a dark period. The singer was also involved in a jewelry lawsuit in 2018, where he was ordered to pay just over $300,000 for failing to pay for multiple ornaments in 2016.

“I hope my life story offers the listener a lot of knowledge. This is something I wish I had when I was coming up, having somebody who would give me the knowledge on how to traverse the industry. I want to let them (listener) know that the power of one's life is in your hands even when signed to a major label. As long as you know what you stand for, you’re good to go,” he said.

Looking back at 15 years ago when he started his journey in music as a young 17-year-old, he credits music to changing his life drastically – moving from being a regular kid in Florida, in Jamaica, who was trying to make music, to being a worldwide superstar.

Through the music and the amount of years he has gathered, he said the biggest lesson he had learnt was the beauty of patience, staying original, keeping humble and keeping God first.

With these lessons in hand and turning a new leaf, Sean Kingston, real name Kisean Paul Anderson said he was excited about what life had in store for him especially with how his music and style were still positively received in an age where trap and pop music are on high rotation.

The Beautiful Girls hitmaker is currently on his 85% sold out tour across 35 cities, which launched on July 6th starting in Seattle and crisscrossing through the US.

“This new chapter is all about feel good, uplifting music coming in with the Sean Kingston sound but making it more edgier. I have been in the game for so long and I have been through so much stuff. I have a lot to talk about. I want to tell my story, connect to the people and continue making music,” he said.

Working with Chris Brown on his latest single that he wrote, he said, it is like working with a close friend – a relationship that has never been about just the music but more about brotherhood.

“I am excited to be back. I am glad to get back out here. Music means everything to me. It's my passion; my way of communicating and letting my thoughts come to life. It's therapeutic and helps one escape reality while having fun,” he said.

Tebza’s healing sounds come out of the shadows

Bassist Tebogo Sedumedi is slowly building her profile in the music industry.
Entertainment
2 weeks ago

Scathamiya group Kholwa Brothers are heading to Los Angeles to represent SA in an international competition.
Entertainment
2 weeks ago

While Nigerian superstar Mr Eazi has created an international profile that saw him collaborate with impressive acts such as Nicki Minaj, French ...
Entertainment
1 month ago

Nigerian duo of Sarz and Lojay want to work with Daliwonga.
S Mag
1 month ago
Next Article