REVIEW | Shaka's animation movie debut on Netflix worth the wait 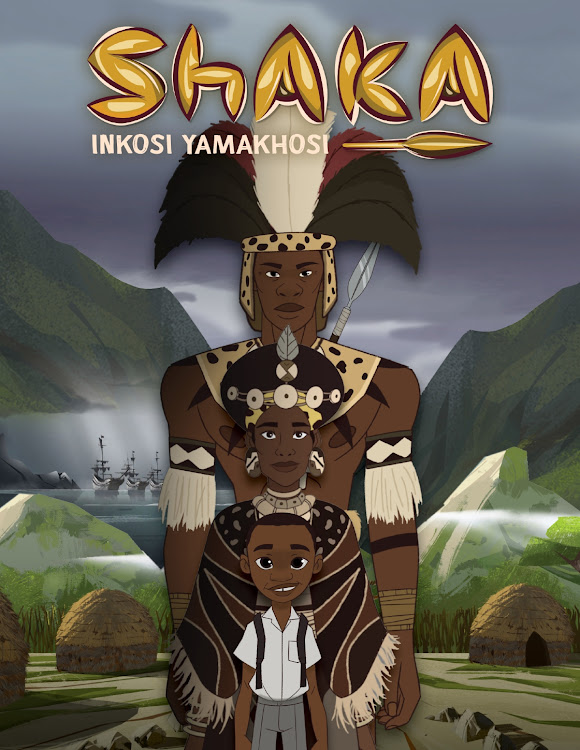 The short film which debuted on Wednesday was worth the wait, owing to its brilliant story presentation and production quality. The story is presented in simple and straight-forward format that will get viewers inspired by Shaka’s bravery.

The soundtrack based on amahubo, indigenous spiritual songs, makes the story even more compelling. Credit should go to the editing team.

It is a well-known story of Shaka, the builder of the Zulu nation, focusing on his difficult childhood and the troubles he and his mother Nandi went through after they were kicked out of the royal house.

The animation brings a different twist to a well-known story and overall a commendable effort despite being packaged into just 14 minutes.

It features the voices of stars such as Lilian Dube as Gogo MaLamula Zulu, Ayanda Borotho as Queen Nandi, while Dawn Thandeka King speaks for Mkabayi, the aunt of Shaka's father.

The Wife star Mondli Makhoba is the voice of Shaka Zulu.

The story opens with a young boy called Siyazi Manzini experiencing a lot of bullying from other boys on his way to school. The bullying makes him reluctant to go back to school. In motivating him, his grandmother Gogo MaLamula Zulu decides to share a story of another young man, Shaka who experienced the same treatment by his peers and family and rose to become a powerful Zulu king.

The film shows how Shaka experienced hate and resentment by peers and other people for being born out of wedlock and labelled ivezandlebe – an illegitimate child, great taboo at the time. His case even more serious as his father was a chief.

Her own mother, Nandi, also experienced hardship from Senzangakhona and his aunt Mkabayi. Nandi ended up fleeing the Senzangakhona royal house and went back to her people, the Mhlongo of Elangeni. Further hardship forced mother and son into a life of wandering until they were accommodated by the Mthethwa people and their king, Dingiswayo.

The film does not only demonstrate Shaka’s bravery and intelligence but it encourages people, particularly children, to realise that within them there is a hero.

Sebeng opens up about new role in The Queen

TV and film star Mpho Sebeng has scored a new role in Mzansi Magic’s telenovela, The Queen.
Entertainment
1 week ago

The world-renowned illustrator reveals what she and her fiancée will be wearing on their wedding day.
S Mag
2 weeks ago

Top actor cites being a proud father to his five children as his greatest gift.
S Mag
3 weeks ago

World's her oyster for captivating actor.
S Mag
1 month ago
Next Article