Actor credits multilingualism for his success 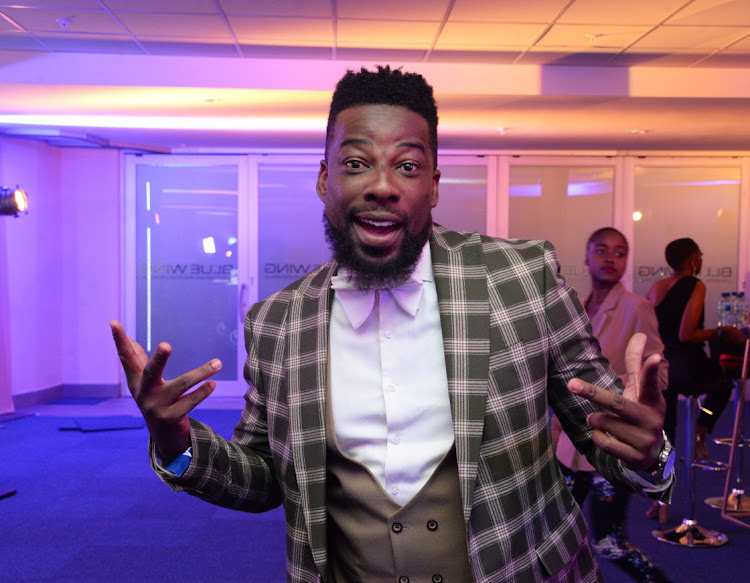 As much as Lesley Musina has appeared on many TV shows, he will always be remembered for a role he played in Muvhango eight years ago.

The soapie gave him a big break, with the striking role helping him build his profile as an actor.

Thereafter, he featured in TV shows such as Scandal!, Tshisa, Entabeni, Family Secrets, Omen, Zabalaza as well as the movie Man in Crisis.

The 33-year-old actor has scored another lead role in new SABC 1 drama series The Executives.

The show is set to premier on Sunday. In The Executives, he plays the role of chief magistrate Bonginkosi Khumalo.

Playing the role of a magistrate was as simple as a walk in the park for Musina, he shares.

For research, he did not have to struggle. Instead, he observed his friends. “I did not have to do much research on this one because my friend owns a law firm. After getting the script I sent it to him and he was laughing.

"I just observed how he does things without even making him aware. I then watched a couple of interviews of how judges behave when being interviewed.

“But I have played the lawyer role before so I was just cruising on this one. My friend reminded me to use the legal jargon. I was having so much fun with it because we had a team of great actors and great directors. We had hard-working actors.”

The television series is set to take viewers into the life of a successful Khumalo.

Khumalo is destined to be a man of power and on the verge of being appointed the next Constitutional Court judge of Ilanga province when his life and that of his family is turned upside down when a dead woman’s body is found in his office.

Viewers will watch as the story unravels with him trying to prove his innocence.

“Basically, Bonginkosi is a young man who was raised between two worlds in the same house. He was raised by his biological mother at the same time raised by a white family that adopted his mom. He finds himself in that world.

"Everything revolves around him. He is a worthy man and wants to become a judge of the Constitutional Court. He deals with challenges in his life and he does not have a support system. He does things that are out of character.

“He is a man who is still trying to find himself. He suffers from identity crises at times. He lives in his own world. He is a complex character. You got to take time to understand him.”

Unlike many actors who struggle to get lead roles, Musina has been getting more leads than supporting roles. He credits the lead roles to his multilingualism and love of other languages, which came from his maternal grandmother who raised him.

His grandmother had lived in different places in Africa. He can easily connect with any audience as he is fluent in English, Venda, Pedi, Tshwana, Sotho, Zulu, Afrikaans, Shona and Tsonga.

“I know people who work extremely hard and hardly ever do lead roles. What I have been told is that I have screen presence. I am fluent in a couple of languages because I love languages. It comes from how I was raised. I come from a multicultural family.”

For him, it started in 2009 presenting an SABC 2 show called Mind the Gap.

Musina is a man of many talents.

If he is not shooting TV shows and films, he is also a TV host and boxing commentator. He does a lot of voiceover work and is a mean DJ who spent five years deejaying in clubs around Johannesburg.

Sebeng opens up about new role in The Queen

TV and film star Mpho Sebeng has scored a new role in Mzansi Magic’s telenovela, The Queen.
Entertainment
1 week ago

Top actor cites being a proud father to his five children as his greatest gift.
S Mag
3 weeks ago

Willemse is now playing the role od Wendell in the second season of uBettina Wethu.
S Mag
3 weeks ago

How To Ruin Christmas towers over SAFTAS with 16 nominations

Netlfix comedy series How To Ruin Christmas Season 2 received the most nominations than any other show at this year’s South African Film & Television ...
Entertainment
3 weeks ago
Next Article