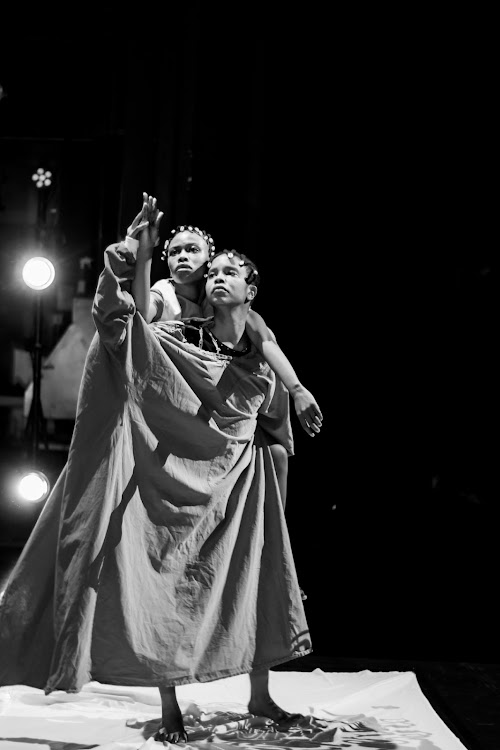 Whether there is a space to stage her shows or not, independent theatre maker Slindile Mthembu continues to produce compelling and hard-hitting plays.

The playwright and director has won Standard Bank Ovation Award at the National Arts Festival in Makhanda twice with different shows but has been struggling to break into mainstream theatre spaces since 2016. She won in 2016 with Milked Voice and Old Soul Waiting. The struggle for space has forced her to either stage the show in small theatres or convert it into a film to suit cinemas.

Her latest show, Old Soul Waiting, was staged at the National Arts Festival and turned into a film. The play was screened at Bioscope Independent Cinema at 44 Stanley on Wednesday. It will further make its way to Redhill Arts Festival on July 30 and 31.

Through Old Soul Waiting, she explores how ancestral calling is misdiagnosed as a form of mental illness and combines narrative and interpretative dance into a fascinating hybrid experience of what a spiritual awakening possibly looks like in the Western and the spiritual realm.

The story is told through a woman’s memory who is referred in the play as Bongeziwe, played by Mthembu herself. The story takes the audience to Bongeziwe’s childhood memory of growing up in an orphanage, where she discovers that she has an old soul or spiritual being that lives in her. The spiritual being called Moya is played by actress Nhlakanipho Mkongi.

She explains: “Bongeziwe wakes up after days later feeling restrained in a white isolated  room, where she sees the old soul (spiritual being), and is examined and treated by a nurse. Through the examination and treatment, Bongeziwe falls in and out of sleep and is visited by her grandmother in her dreams to warn her about this place. Eventually, she listens to the dream and gets out of the place.”

On the issue of lack of space, Mthembu has been knocking on different doors without success for some time. “For the past six months I have been trying to get a space for the show without success. Some times I am told that I can only get the space next year. As a result, I plan to turn the play into an installation and also stage it in gallery spaces. I once staged a show for one day at Market Theatre laboratory. Since then it has been a struggle and you have to keep on pushing and fighting.”

The story of Old Soul Waiting is a story that began while Mthembu was doing second year at Tshwane University of Technology. In her fourth year, she got to perform the play. The issue of spirituality is a subject close to her heart as someone who dreamed a lot about her grandmother when she was growing up.

“It has been a very personal story as a young girl. I was very reserved and parents were worried that I won’t be able to express myself. As a result my parents were concerned if I will ever be able to express myself. But I have been doing that through my right and exploring these subjects. I don’t have a calling but my dreams are vivid and sometimes turn out to be a reality.”

Mthembu is one of those young women who are passionate about story telling. She developed an interest in drama at high school. She completed her BTech in musical theatre at Tshwane University of Technology in 2015 and has a master’s degree in theatre and performance from the University of Witwatersrand.

Mthembu has written and directed plays like Igama? and Milked Voice. She is also a co-founder of Mabu Art Foundation.

Tebza’s healing sounds come out of the shadows

Bassist Tebogo Sedumedi is slowly building her profile in the music industry.
Entertainment
3 weeks ago

The Joburg Theatre in Braamfontein celebrated 60 years of existence by honouring 20 outstanding artists in music, the performing arts, theatre and ...
Entertainment
1 month ago

Thespian Thembi Mtshali-Jones has been kept going by the saying “it’s not how you fall but how you get up again”.
Entertainment
4 weeks ago

Actress Zandile Madliwa has more reasons to be excited about her acting career right now.
Entertainment
1 month ago

A series of stunning portraits of the late music legend Hugh Masekela are on display at the Rand Merchant Bank headquarters at Merchant Place in ...
Entertainment
1 month ago
Next Article