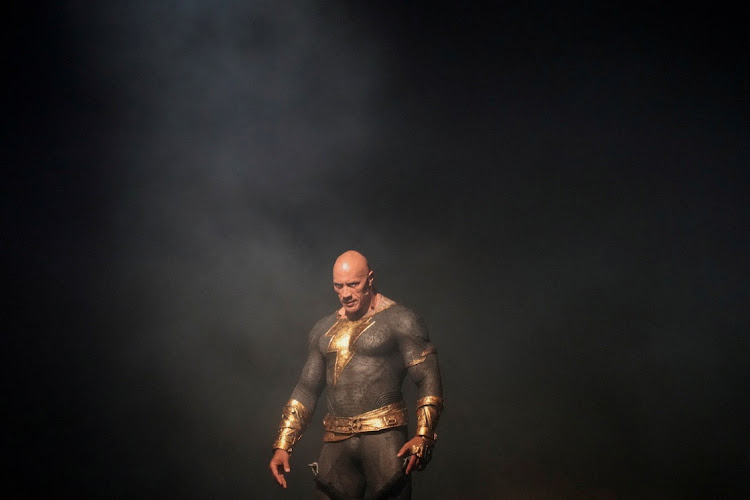 Actor Dwayne Johnson made a dramatic entrance at the annual Comic-Con pop culture convention on Saturday, hovering above a smoke-filled stage in a sleek superhero costume and promising "the DC Universe will never be the same."

His appearance set off flickering lights - meant to evoke lightning - that had been handed out to more than 6,000 fans at a convention hall in San Diego.

The actor, who is playing his first superhero role, said he had wanted to portray the anti-hero character for more than a decade. The film will debut in movie theaters in October.

"It has been a long journey, one that has been fueled with passion, with commitment, with grit," Johnson said.

Director Jaume Collet-Serra, who worked with Johnson on last year's action-adventure film "Jungle Cruise," described Black Adam as a "Dirty Harry type of character" who has "his own sense of justice and mortality."

"When the system is corrupt, sometimes you need somebody that breaks the system down," Collet-Serra said.

Comic-Con Africa will take place from 22-25 September 2022 at the Johannesburg Expo Centre.