Ndawo Yam about muso's pain, what she's been through in the past three years 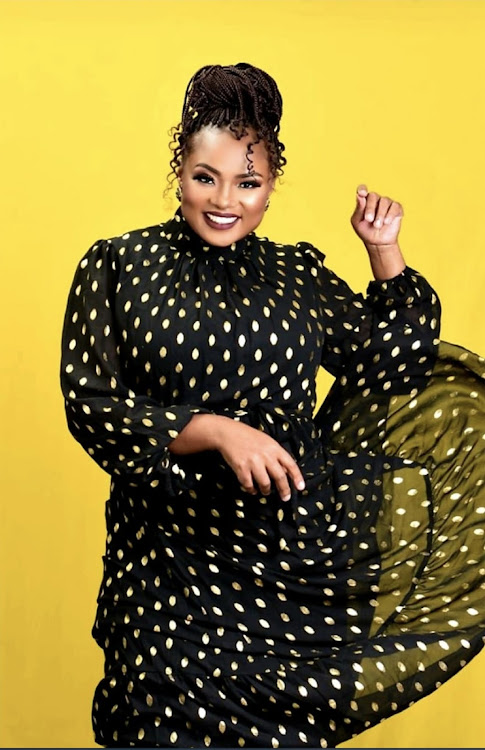 Afro-pop/soul singer Amanda Mankayi is back in the music game but not in a cheap sense.

Mankayi returns to the industry following a forced break due to personal challenges which included losing both her parents. Currently based in East London, Eastern Cape, the singer and music composer has dropped a single, Ndawo Yam, to announce her return.

The 35-year-old mother of two is pleased that she has finally returned though the journey of healing has been long for her.

Mankayi, who is curving her own niche sound, dropped her debut in 2016 – just a year after her brother, Nathi Mankayi, took SA by storm with the album Buyelekhaya.

Mankayi catches up with Sowetan while busy writing more music at her home in East London.

What inspires the title of your single Ndawo Yam?

From 2019 to December 2021 it was a difficult moment in my life. There is a lot that happened in a short space of time. I was not gigging and things were hard for me. I even Iost my parents. The song is about my pain and what I have been through in the past three years.

I lost my dad and while he was being buried in Joburg, my mother passed on.  I still remember that I was going home and on my way I was speaking to her. When I got home I was shocked that my mother had just passed on. I never got to speak to her again. Her death was sudden because she was not sick.

The healing part has been difficult. I have realised that it is a journey. You can never finish mourning. Some days are better than others. It is not easy to forget people who were part of your life.

How do you define your style?

My style is Afro-pop/soul that is fused with different styles including gospel. The music in my single is arranged and produced by Fundile Dlamini and Tsepo Moloi. The vocal arrangements were done by me.

What inspires your music?

Normally, I write songs almost every day and I am inspired by different situations depending on the mood. My songs reflect what is happening to me and around me at a certain time.

How have music lovers received you since 2016?

A lot of people know that I have been doing music for the longest time. I started doing music before Nathi started.  Music lovers have welcomed me with warm hands. I’m lucky that they have never received negative comments or compared me to Nathi.

Even my single has received positive response from music lovers who are streaming it. The single is just a build-up to my full album set to drop before the end of the year. For the album, I plan to feature other artists like Amanda Black, Nomfundo Moh and Vusi Nova, among others.

You and Nathi are strong vocally and in composing, where does it come from?

I think the talent we have come from both our maternal and paternal side of the family. When it comes to composing and singing, my grandmother was a great composer. When we were young, we used to listen to her singing new songs that we never heard before. My father played an instrument for a music band in Maclear, Eastern Cape.

Tell us about your childhood?

I grew up in Maclear and I was an active child who played sport and sang in choirs. In fact, all my siblings were involved in sport. We were all involved in karate. In high school I got involved in rugby.

In 2008 I came to Johannesburg looking to get opportunities to play rugby. I went back home and started playing rugby at professional level but it was not paying much at the time for women. I played for teams like Lions and Cheetahs in Bloemfontein.

I decided to go back home because I was getting injured a lot and decided to pursue music career. When I returned home I returned at the right time when there was a talent search which I won in 2011.